The Language of Plants 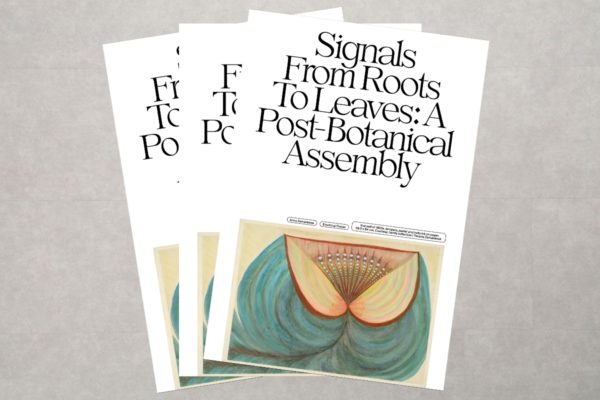 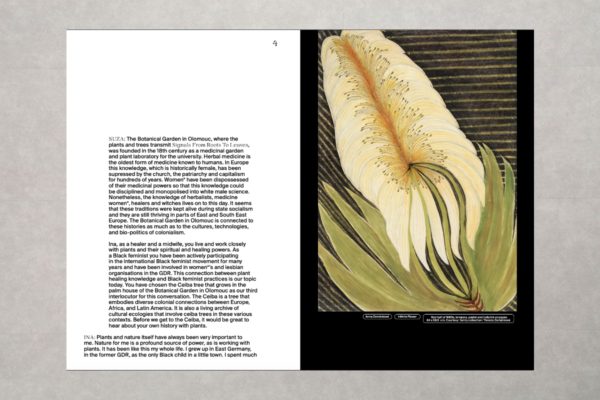 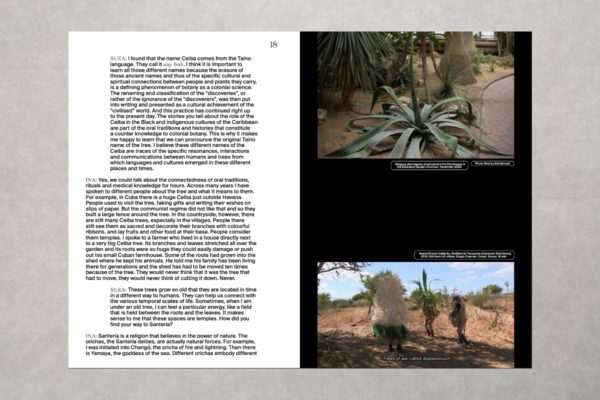 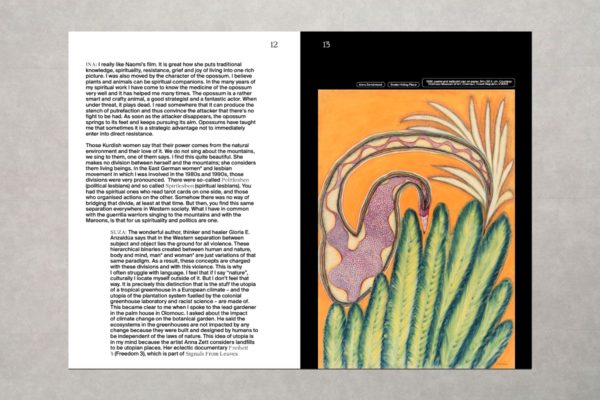 The publication features a conversation between a Ceiba tree in Olomouc and the knowledges of healer and midwife Ina Röder Sissoko and Suza Husse about medicinal, spiritual and political powers of plants at the intersection of Black feminism and post-/socialist herbalism. The conversation is accompanied by the post-botanical imaginaries by Anna Zemánková as well as materials from the video art and films by Anna Zett, Marwa Arsanios, Naomi Rincòn Gallardo and Phuong Linh Nguyen.

It is part of the D’EST Screening Chapter #6 1/2: Signals From Roots To Leaves: A Post-botanical Assembly which approaches the Botanical Garden in Olomouc as a site where post-socialist and post-colonial ecologies and cultures intersect. Here, Agave, Ceiba, Rubber tree, Reeds and Carnation who live in the palm house, the subtropical greenhouse and under the open sky in Olomouc are convened with a group of artists and healers whose work and knowledge resonates with specific trans*species connections, histories and futures they embody. Eco-poetical and queer/kuir*feminist soundings of counter worlds to the coloniality of botany in the service of extraction, these dialogues are accompanied by a group of opulent post-botanical hybrid bodies that have been dreamed up by Anna Zemánková in 1960s and 1970s Czechoslovakia.

The publication is part of D’EST Screening Chapter #6 1/2: Signals From Roots To Leaves: A Post-botanical Assembly curated by Suza Husse with and for Maguey (Agave), Ceiba, Qirnefîl (Carnation), Riesenschilf (Giant reed) and Đa búp đỏ (Rubber tree) in the Botanical Garden Olomouc, a co-production of PAF Olomouc – 19th Festival of Film Animation and Contemporary Art and D’EST in collaboration with the Botanical Gardens in Olomouc.

The publication can be downloaded here.