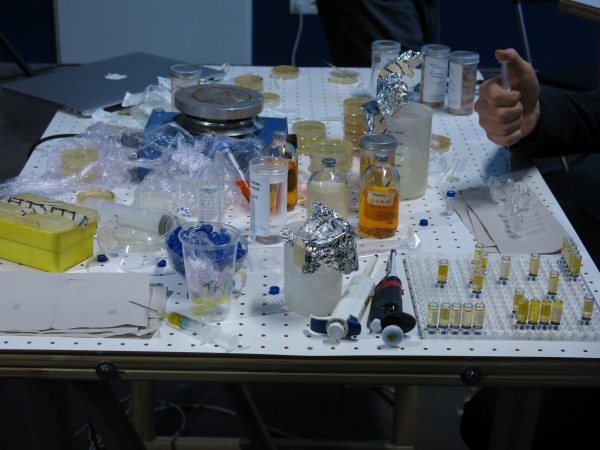 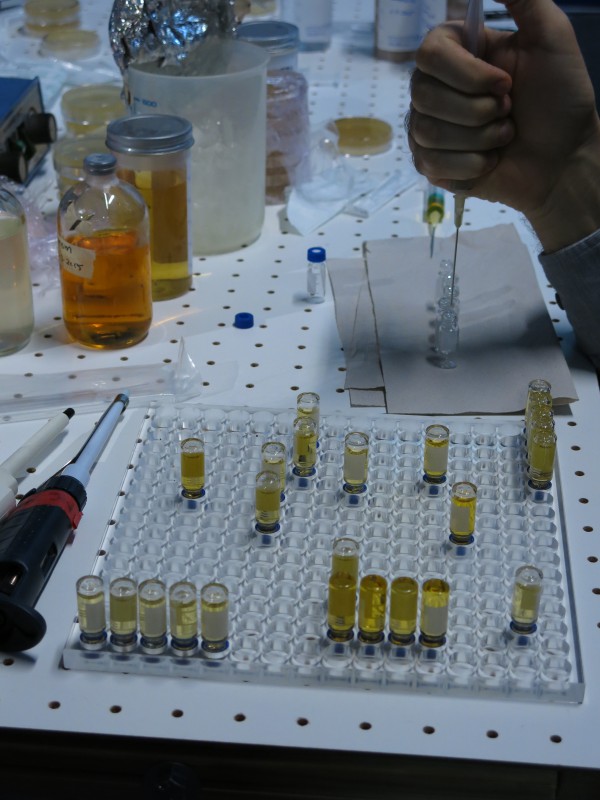 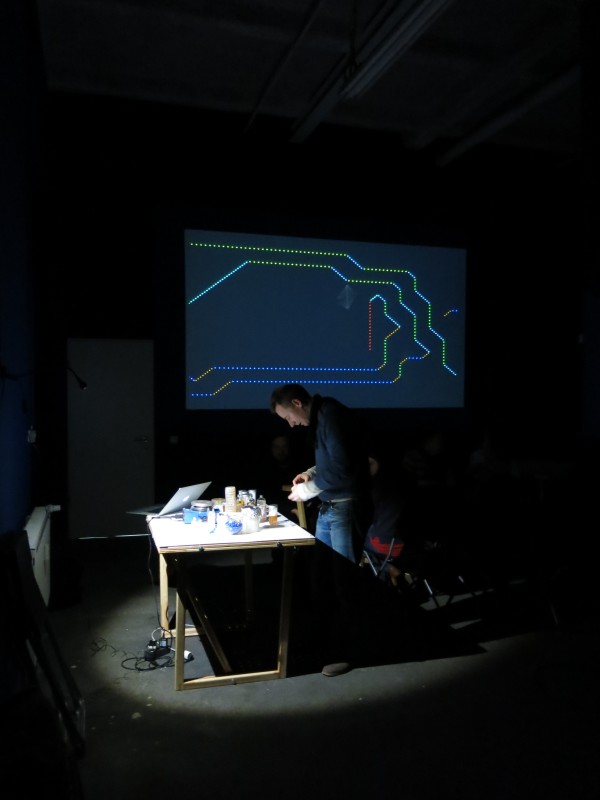 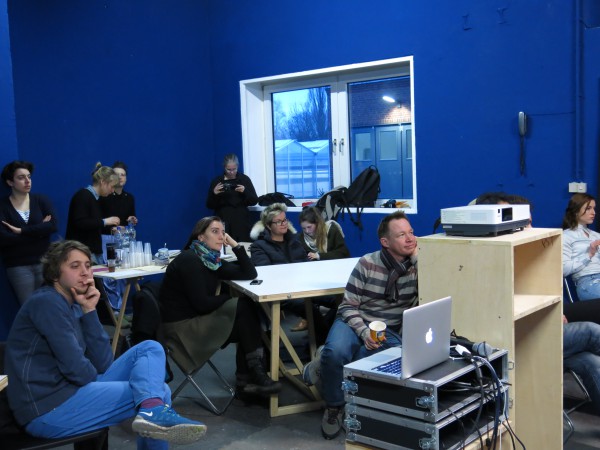 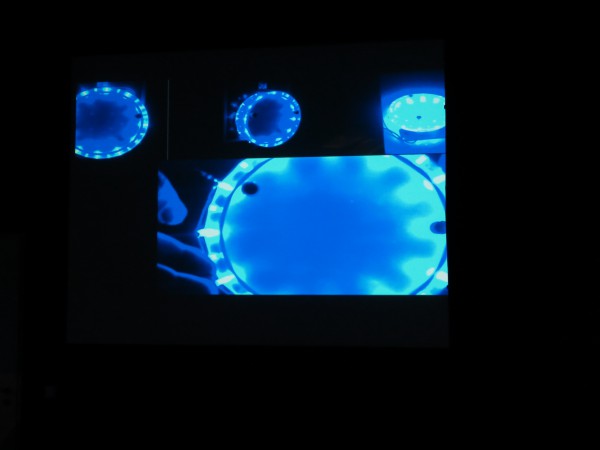 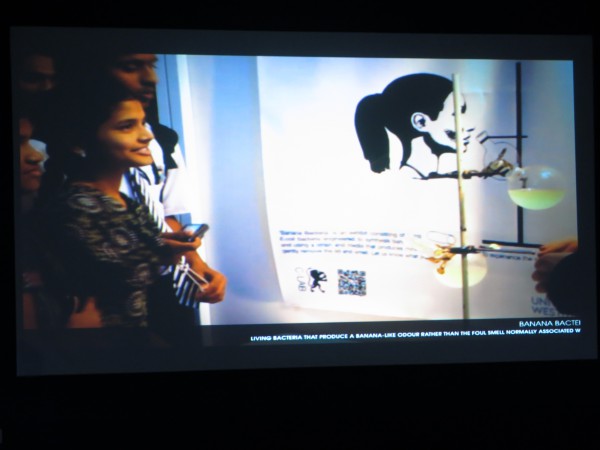 Yvonne Reiner’s Performing Encounters continues the series of workshops and acts Curatorial Practices: Fields and Techniques which District dedicates to the exploration of current tendencies, questions and methods of curatorial work. Curatorial Practices: Fields and Techniques was initiated by Susa Husse and Michaela Richter and started in September 2014 with the workshop Casting Creatures. Towards a Materialism of the Encounter by artist Iza Tarasewicz.

The first of four acts in the year 2015, Performing Encounters rehearse intimate and public scenarios for the genesis and exchange of ideas at the interface between art and science.

In her series curator Yvonne Reiners re-interprets the classic salon as a space for performative knowledge production and method of artistic research through curating in several art spaces since 2014. Through the enactment and adaption of speech and educative praxis since 1960 and their juxtaposition with contemporary concepts like gaming or performance lecture, conversation is tested as artistic means.

Within the framework of two sequential salons at the beginning of March and in the middle of April 2015 at District two transdisciplinary phenomenons of art and science production will be explored. Content-wise DIY-Bio and post-net aesthetics overlap in many ways: Do-it-yourself-biohacking only became possible through the democratization (open content) of web content – vice versa DIY bio artists of the web 2.0 bring back the network community back to the analogue realm for instance.

17 h
Workshop with Howard Boland of London based art collective C-LAB for up to 15 participants: Simple experiments with fluorescent bacteria and plants.
The workshop is 15€; please register at hello@performingencounters.de for participation.

The political dimensions of biohacking which are becoming apparent in platforms like hackteria.org positively counterbalance the elitism of the art scene: Bio hackers use the game around knowledge not only for reproduction, but also to come up with experiments with an uncertain outcome. Current questions of ethics and social responsibility like “Are human beings allowed to modify themselves genetically?“ or “When will our desire for improvement affect our genetic code?“ will play an important role in this evening as much as the democratizing moment of the movement, which extends to the participation of the salon visitors.

Howard Boland from London based art collective C-Lab starts off the evening with a workshop in which a small group of participants engages through simple experiments with the potential of fluorescent bacteria and plants as co-authors of artistic processes. Taking the stimulations from the workshop into a more public debate, the workshop is followed by a performance lecture of biologist Rüdiger Trojok who opens the public part of the salon performing a DNA microbiome hack on his own body through the intake of genetically modified bacteria.

The evening ends with a screening of the documentary Seni Gotong Royong: HackteriaLab 2014 – Yogyakarta and a subsequent discussion forum with Brian Degger, a participant of HackteriaLab 2014. Hackteria is a web platform and collection of open source biological art projects that together with HackteriaLabs organizes dynamic hubs in order to exchange knowledge and set up regional as well as international collaborations relating to artistic practices in the context of bio and nanotechnology as well as scientific research in general.

The evening ends with a screening of the documentary Seni Gotong Royong: HackteriaLab 2014 – Yogyakarta and a subsequent discussion forum with Brian Degger, a participant of HackteriaLab 2014. Hackteria is a web platform and collection of open source biological art projects that with their HackteriaLabs organizes dynamic hubs to exchange knowledge and set up regional as well as international collaborations relating to artistic practices in the context of bio and nanotechnology as well as scientific research in general.

The focus of the second salon is the internet as democratizing medium. The evening addresses the performance, the potential and the myth of post-net aesthetics, amongst others in discussion with their former protagonist and today’s greatest critic Ben Vickers.

Ben Vickers is co-founder of the project unMonastery, a new social space focused on civil participation that is equally based on re-interpreted monastery rules and the idea of hackerspaces. In different locations all over the world a physical place is provided for associations of hackers, artists and social innovators to contribute to the development of new digital tools. In a two hour roleplay workshop the participants will be invited to become protagonists of the project. Afterwards Ben Vickers will talk about his work as „Curator of Digital“ at the Serpentine Gallery London.

The evening ends with a conversation with artists Sebastian Schmieg and Jonas Lund about their work.