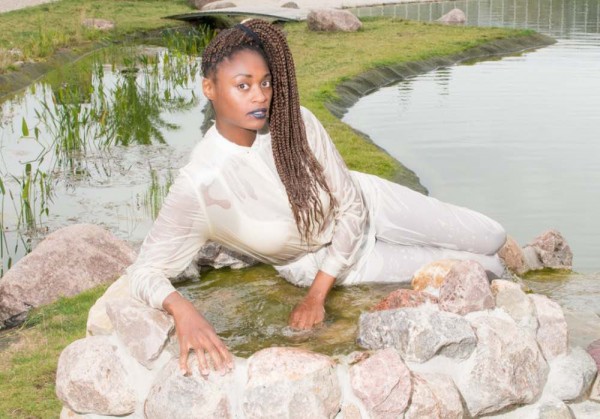 Jessica Lauren Elizabeth Taylor is a theater practitioner and activist for social justice. Her practice revolves around performance, text, dialogue, dance and community building for People of Color. Her work centers on themes of ritual, visibility and identity mythology. She is chiefly concerned with ways to dismantle oppressive institutions and the creation of racial equity in art and theater. She strives to address race politics as a performer, maker and artist.

Currently, Taylor hosts and moderates the monthly discursive salon style series Black in Berlin. The series began in 2012 as a reaction to the appropriation of Afropean, African and Black culture by the German, English-language mainstream media. Taylor was disturbed at the paradoxical situation of representing an entire community and the inherent alienation of being the “other.” In 2016 the series was expanded and now serves as an opportunity to dialogue issues on race relations, foster community and generate conversation. Taylor’s Black in Berlin doesn’t focus on a singular oppressive institution like racism but takes an intersectional stance to see how racism, sexism, homophobia, classism are interconnected. The title Black in Berlin is a reference to the double entendre of the German word ‘schwarz’, often used to describe something negative. Themes in the past have included: The Afropean Experience, Performed Identities and The Politics of Community.