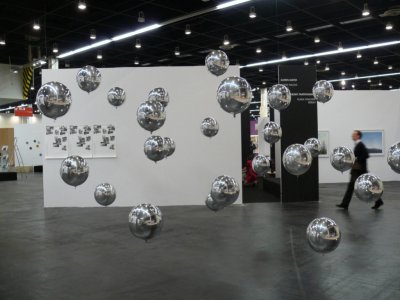 Balloons / '“Your very own words.“ Indeed! And who are you?', Open Space, Art Cologne, 2010, Project with Antje Wachs Gallery, Berlin, Photos: Kartin Mayer and Alisa Ehlert 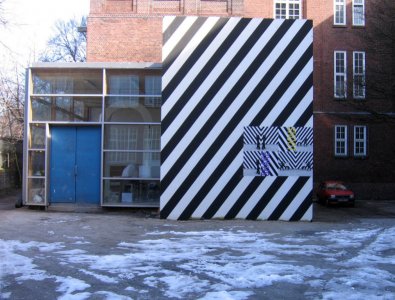 "shaking the lines on the mirror of time", HFBK (Hamburg art school), 2006 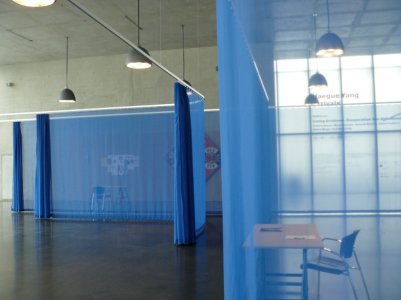 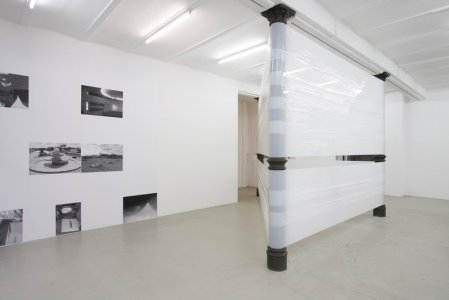 Katrin Mayer focuses on images, places, surfaces, interiors and textures. In her site-specific settings and installations she appropriates visual codes, stories and images and creates accessible rooms for thought, which reflect the general framework of exhibition practice.

Mayer’s installations are frequently based on extensive artistic research. In the installation Telling textures, Dolores (2011), which she realized at Ellen de Bruijne Projects in Amsterdam and consisted of numerous connected chains, masquerade as a cultural practice was analysed on the basis of the Jewish dancer Sylvin Rubinstein’s personal history. Rubinstein was an underground activist against the Nazi regime and came to terms with the loss of his twin sister and co-dancer Dolores by performing in drag, using her name as his stage name. For the installation WE (2012) at Kunstverein Graz Katrin Mayer and Heiko Karn developed modular reversible figures, which expounded the problems of the first person plural as a political collective subject and its inclusive and exclusive functions.

During her studio grant Katrin Mayer worked on Verdeckte Adressaten (concealed addresses), a project initiated by the Weiße Rose Stiftung (White Rose Foundation). Departing from the historic actions of the group Weiße Rose (White Rose), the project examines subcultural strategies of oppositional youth movements and non-conformist behavior during the time of National Socialism. She processes the diverse insights gleaned from her research on youth movements and resistance in the artist publication Abers, ein bisschen breiter*, which is printed via Risograph techniques and published by Edition Taube. The volume presents a lexicon of youth groups and their specific strategies of resistance in the form of leaflets, records, clothing, and gestures. This work was presented in the frame of the exhibition Satellite Affects and Other Lines of Flight (2015) at District.