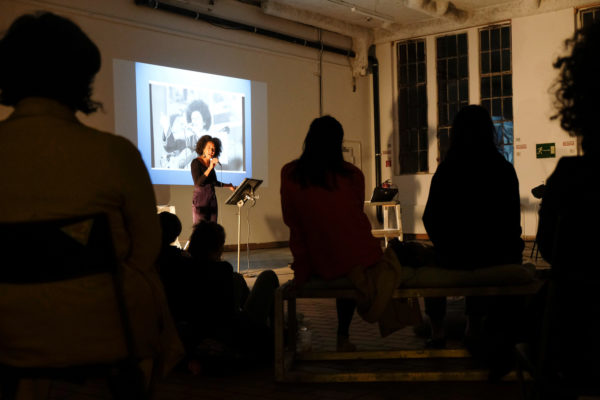 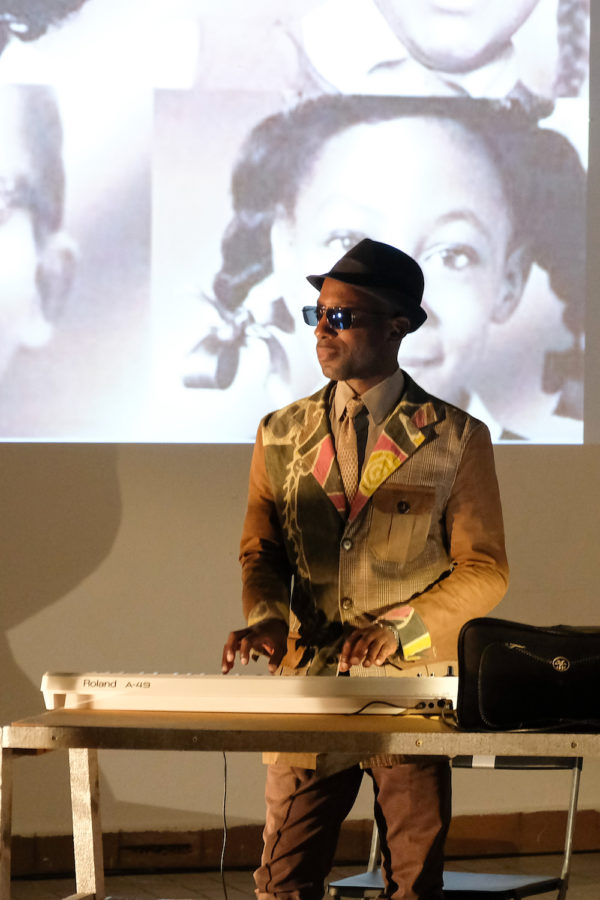 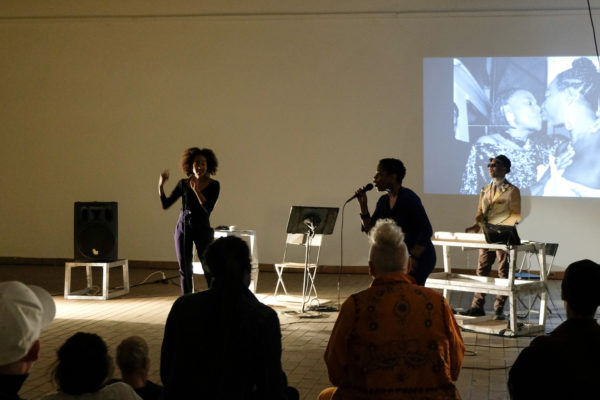 Lecture Performance in the framework of Revolt she said

In Talking Blues, Dr. Natasha A. Kelly, Dr. Corina Shika Kwami and Kelvin Sholar  recapitulate the events of the 1960s and translate the role of Black and PoC activists in (East and West) Germany like Angela Davis into a blues lecture performance that deconstructs white narratives of constitutive moments for the federal republic. The performance (re)tells and makes audible the perspectives of the anti-colonial, diasporic-feminist and Black organizations active at that time.

Angela Davis, who intertwined scholarship and political activity, theory and practice, is known for her tireless commitment to fighting racism, sexism, and capitalism, but less prominent when considering the feminist implications of the blues. Departing from Davis’ Blues Legacies and Black Feminism (1998), Kelly, Kwami and Sholar use recordings from Angela Davis and other political activists from the 1960s to develop a dialogue with the melodies of black female blues icons like Nina Simone, Miriam Makeba and Fasio Jansen.

Talking Blues aims to combine both Davis’ concept of revolution with “everyday expressions of feminist consciousness” (Davis 1998) to demonstrate the implications of Black feminist traditions and embed them within a historical context. In this way, they powerfully articulate an alternative consciousness, that deeply conflicted with mainstream culture in the United States and Germany, laying the foundation for an aesthetic that allowed social, moral, and sexual values beyond the existing power structures.

Revolt she said is a cooperation by alpha nova & galerie futura and District Berlin.