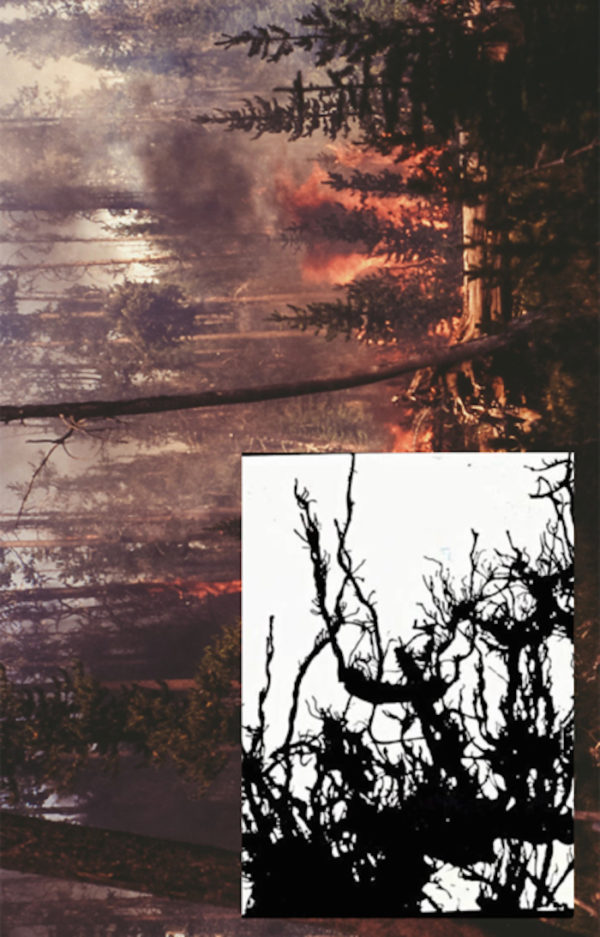 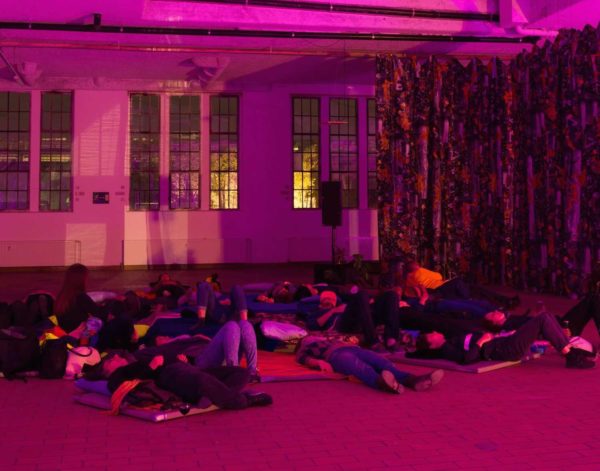 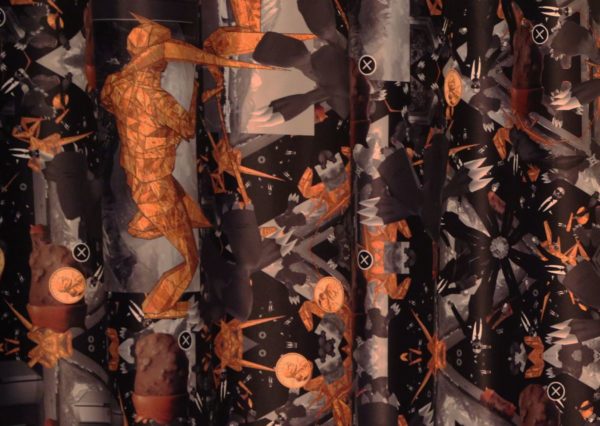 A collaborative and performative space, this project appears under different titles across the months of October and November 2018 at School Without Center / District and Archive Kabinett. Dada is black, duh!, Mad Vibrations, manYdancing the digital ornament and Choreographic Unrest offer collective forms to undo Dadaism and other white Eurocentric avant-garde narratives. The gatherings, workshops, performances, rituals, broadcasts and editing room connect so-called modern aesthetic techniques with their ignored origins and influences.

Mad Vibrations: A Humming Ritual for Untrustworthy Narrators side-steps the cruelty of colonial modernity, and focuses on the radical, renegade voices of decolonial struggles who demand different realities for themselves through various forms of self-care and exchanges via diasporic and pan-african networks, connections, echoes and re-sonances.

These decolonial vibrations and voices found their waves and ways while experiencing prohibition and criminalization. By using improvised or coded language, dance, music or non-verbal communication, which was often read as inaudible, made from scratch, unreliable, inconsistent, mad and incomprehensible forms of exchanges between enslaved and colonial subjects people managed to move below the radar of the systems of slavery and colonialism. „Certain kinds of madness, deliberately going mad… in order to not loose your mind. These strategies of survival made the truly modern person. They’re a response to predatory western phenomena.” (Toni Morrison)

Maria Guggenbichler and Amal Alhaag are friends. They met over a shared love for music; hyperactive organizing of gatherings, programs and events of many formats and shapes and a deep investment in critical, ex-centric or counter cultural practices and thinking. Since 2014 they have collaborated on events, programs and pranks, together with other friends and people who became friends. The gatherings always involve bodies and minds coming together,listening and sharing (sometimes difficult and uncomfortable) conversation; and are very often full of laughter, dancing and joy. www.sideroom.org

The spatial setting for Mad Vibrations contains elements from the performative installation I was told I chop wood like a ballet dancer by Freja Bäckman, that happened in the same space earlier this year, and textures from knowbotiq’s performance b(l)ack dada: drone nonperformance.

manYdancing the digital ornament aims to reflect on what it means to form a collective body today, to activate and produce body knowledge through dance-like movement. The workshop and performance combine metropolitan body practices of the early 20th century with the crisis-like experiences of a present in which algorithmic governmentalities and biotechnologies molecularize bodies and translate them into data sets. We draw references to „epileptically dancing white European bodies“ (dance rage and dance addiction) in the aftermath of the First World War and approach queer lines of subjectivity informed by blackness, femininity and class consciousness of post-slavery dance forms.

Both workshops are free and each for a group of maximum 20 participants. Food will be provided based on donation. Please register until November 7 at school@district-berlin.com.
The performance on Sunday is open to a public.

In this week-long open workshop and conversation format we produce a real-time publication and a radio feature. Exploring the margins of Dadaist collage through analogue and digital processing of images, sounds and movement Choreographic Unrest engages with mundane choreographies that animate the connectivity between bodies and things, desires and disasters. With specially produced tracks, materials from books and films, from digital databases, Pinterest and sound archives, we draw on traces from resistant, diasporic and collective dance, music and political cultures that crossed Berlin between 1918 to 1926 to explore their inscriptions into actual and imaginative spaces across time.

We are sorry to let you know that the workshop series Dada is black, duh! will not take place.
The artists and curatorial team ended their collaboration.

Dada is black, duh! Join us for a critical reading of dada retracing its Black & Afro-diasporic influences, intersections and insurrections. What ignited some social and artistic movements between 1918-1926, beyond the extensively documented white-European contribution? Who are the forgotten voices, faces and bodies of such a relevant period for dance and movement? Using embodied methodologies, niv Acosta and Fannie Sosa will unpack various aspects of interwar Black insurrection, and formulate why this rich cultural material goes widely unacknowledged in the European canons of movement and dance history.

Free’M Technique is a somatic practice aimed at educators, activists, artists and community builders who are interested in deepening their relationship to their core and centering pleasure in their practice. Based on Afro-diasporic applied knowledges, we will use playfulness and consent as tools to negotiate reparations. A deep core awakening practice based in afro-somatic pleasurable methodologies, the workshop centers the experiences of those who are existing/thriving in the margins.

Consent Improv is improvisation using consensual methodologies. These classes will be accompanied by live musical accompaniment.The idea that everyone is equal in a contact improv jam is a myth. This space offers the opportunity to work with a hands on/body centered tasks of spacial redistribution.

Rehearsing the roles undisciplined body and movement practices could play in challenging revenant hauntings of patriarchy, fascism, coloniality and capitalism, the proposed encounters take up the threads of a historical multiplicity: embodied knowledges and political dissonances that found expression in metropolitan entertainment and information industries, in dance (sub-)cultures as well as political movements in Berlin between 1918 and 1926. Nervous urban textures and states of choreographic unrest articulated the traumas, desires, conflicts, and new socialities formed in the realities of German and European colonialism and the aftermath of the First World War.

How does body knowledge move through time?
How do we connect to and through our historical corporealities?

Approaching absences and resistant derivatives through situated and intersectional knowledge production the presented propositions are open invitations – to weave somatically vibrant collectivities and to enter the rhythms and measures of today’s alienations and technologization, rhythms and measures that connect us and that tear us apart.

The project took departure from the performance b(l)ack dada: drone nonperformance from 2016 by the artist collective knowbotiq. A collaboration between aproduction e.V., Archive Kabinett, School Without Center /District, the Institut for Contemporary Art Research / ZHdK and Arthur Boskamp Foundation initiated by Joerg Franzbecker, Suza Husse and Yvonne Wilhem / knowbotiq and funded by Hauptstadtkulturfonds.