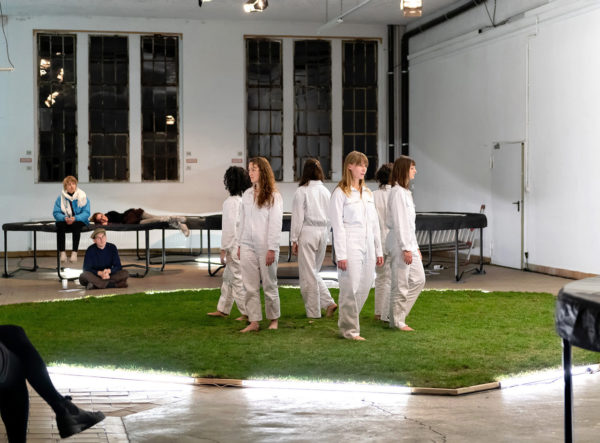 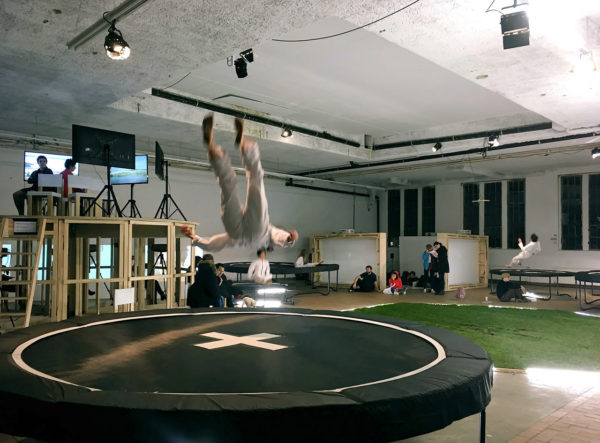 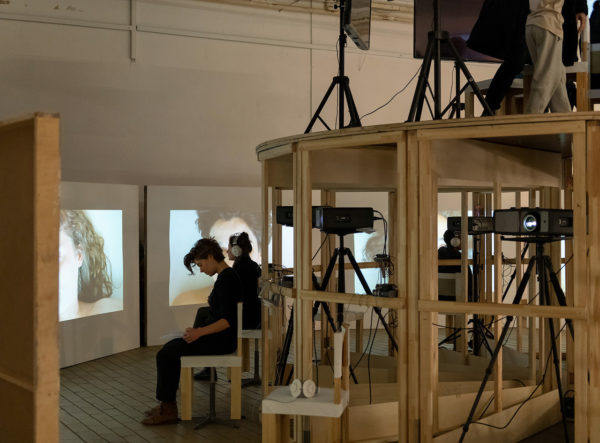 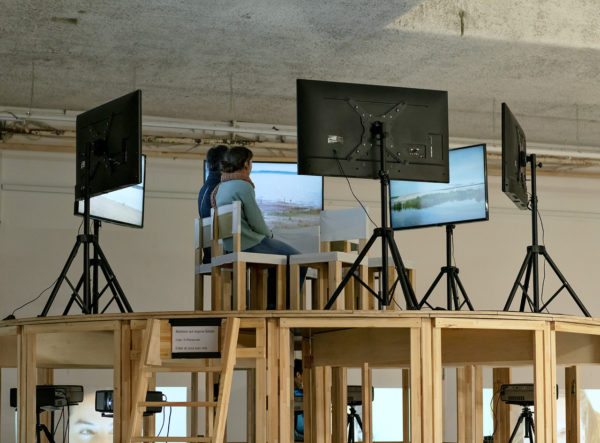 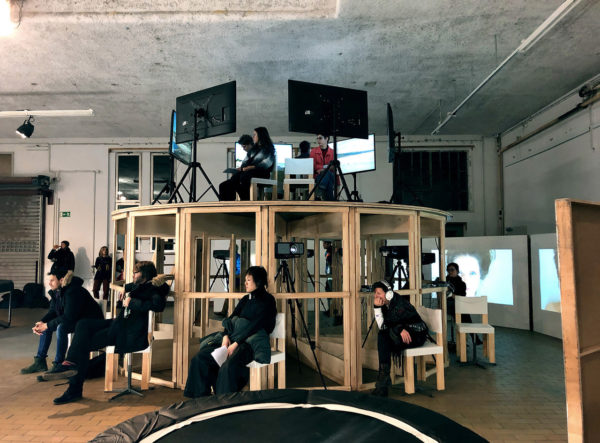 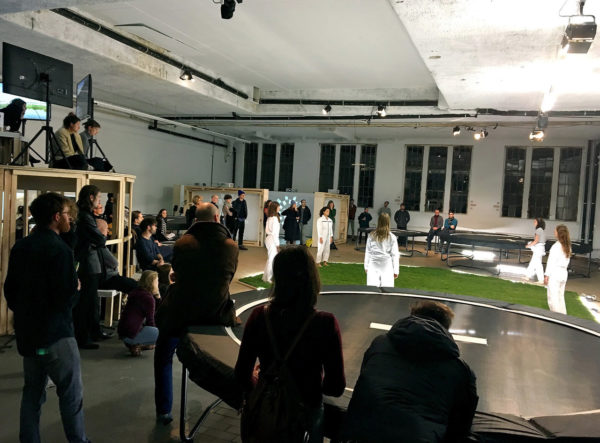 Choros VI is a choreographic installation by the artist Moritz Majce and the writer Sandra Man. Objects, images, text, and the movements of a group of six performers form a landscape. Visitors explore it in changing roles and by layering impressions – as cinema audience, performance spectators, listeners of a tale and contemplators of images.

28 November after the performance with wine on the grass:
Talk with Jacopo Lanteri (Curator and Dramaturg) on
Choreography as space art and the role of the spectator

30 November after the performance with wine on the grass:
Talking Cure with Elisabeth Schäfer (Philosopher)

In Choros VI the earth is a foreign planet. People come together in a space station. They enter, visit, explore the area. They move through the past, the present and the future. Times are fragile, mortality is in the future, what is yet to come is waiting in the past, the present collides with the origin. Layers of images, texts and movements reveal a myth in which geometry and nature, gait and gaze, desert and water are the recurrent motives.

Since 2016 the Choros series deals with space and choir. First, it is a group walking together and speaking, forming space around an audience. Choros IV adds a series of videos, exploring movements in image spaces – many bodies in black nothingness, body parts in white nothingness, single bodies in nature. Choros V is focusing on the spatial and corporeal relations among the six performers and between them and various grounds: grass, trampolines, sand.

From the very first Choros is work on origin: In archaic times a group met at a holy place, danced and stomped a round spot in the ground. The word “Choros” is the ancient name for this ritual assembly on the soil. It refers both to the bodies, their movements as well as the site where the participants do all of this. Choros brought forth the roundel and the choir, the dance floor, and choreography.

Choros VI is about times in which cycles considered to be unchangeable start to leave the track. Seasons, weather situations, climatic conditions are changing the earth dramatically. Right in high tech 21st century people are suddenly re-discovering nature, staring in disbelieve at burning forests, flooded coasts, deserted landscapes, as if they had landed on a foreign planet. The earth, the soil on which they believed to be home based, is slipping away under their feet. New uninhabitable and uncultivated sites emerge. What are they going to do with them?

A production by Moritz Majce + Sandra Man, in co-operation with WUK performing arts, funded by Berliner Senate for Culture and Europe, Vienna Culture, Land Kärnten Kultur. With the kind support of District Berlin.

Communication program with the kind support of mapping dance berlin – a project by Tanzbüro Berlin.

Thanks to Joris Camelin for his inspiring workshop on voicing and spatial somatics.