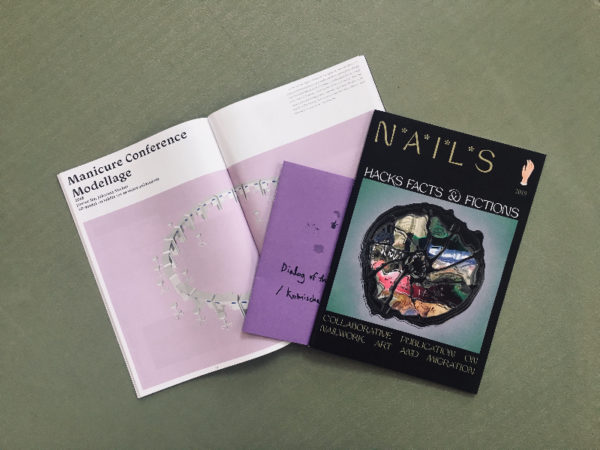 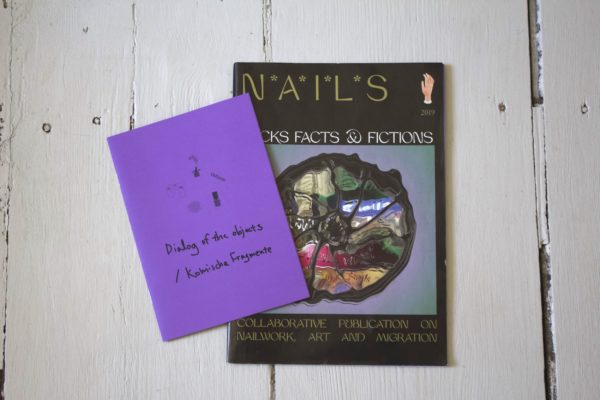 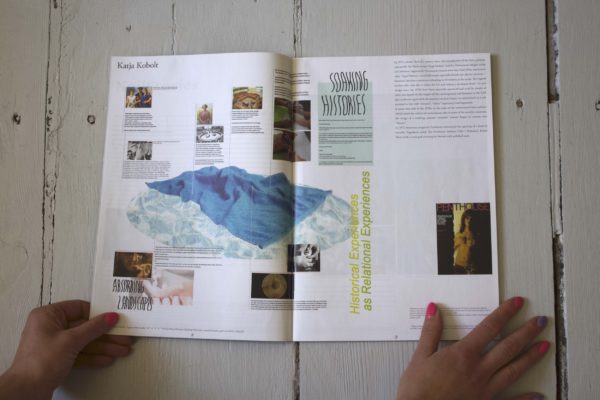 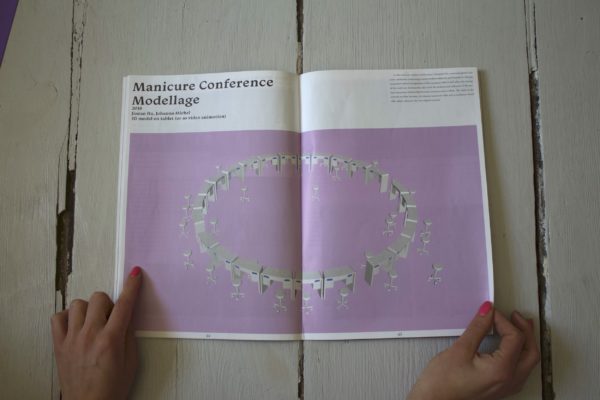 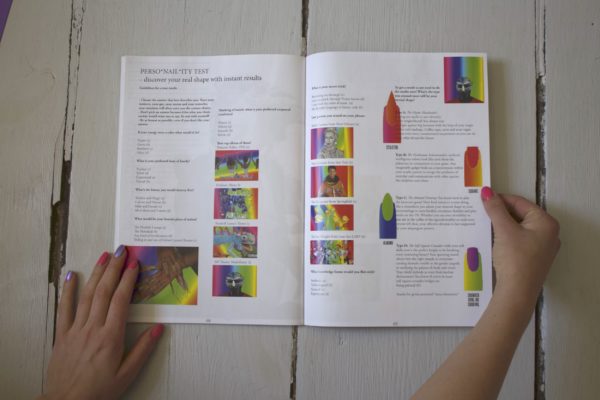 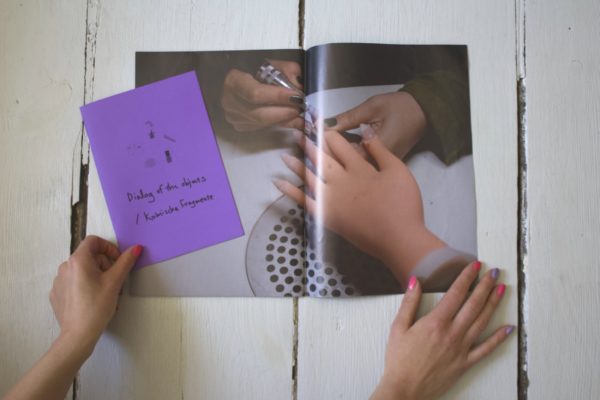 The magazine NAILS hacks*facts*fictions gathers different contributions that imagine the nail salon as a queer site of critical, trans-cultural practices and intersectional care politics. Through the collected essays, interviews, collages and art works, nails are approached as a collective interface for getting in touch with the conditions liquefied in nail aesthetics and embodied in care work. An interface that is for hacking the ‘magic’ of commodity, for troubling biopolitics.

As a space unfolding through and beyond its pages, N * A * I * L * S hacks*facts*fictions emerges from collaborative and open-ended artistic and activist research processes and conversational and manicuring transactions that began in spring 2018.*