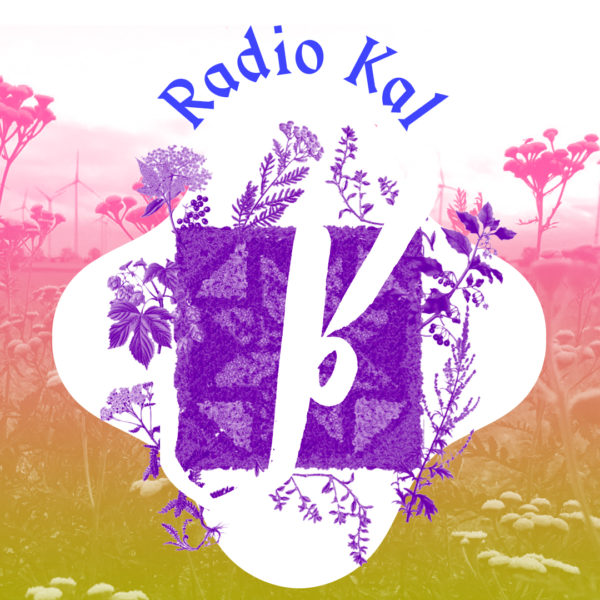 6 December to 10 December 2021: Everyday from moonrise to moonset

Curated by RJ Promona Sengupta with Aziz Sohail & The Many Headed Hydra as part of the House of Kal Berlin (Winter), a stream of a language where yesterday and tomorrow are the same word. Kal

radio kal’s Knotweed Frequencies #4-8 bring together voices, whispers, hauntings, songs and echoes from yesterdays and tomorrows as experienced at the shores of the river Spree, the Indian Ocean and the Arabian Sea. As a fleeting space of artistic experimentation, bridging communities across ruptured times and borders, radio kal tracing relations built amidst the ebb and flow of pandemic time. Knotweed Frequencies #4 weaves stories of happenings and gatherings that took place this summer and autumn in the Houses of Kal Karachi, Colombo and Berlin.

Knotweed Frequencies are broadcasted live from the Darkish Matter Radio Studio Jeetze (DMRS Jeetze), a temporary radio studio that the artist collective knowbotiq has set up in a small village in Saxony-Anhalt. This area is characterized by infrastructure deficiencies, renewable energy systems and high-tech agriculture. The over-fertilized soil, the masses of so-called weeds, the subcutaneous infrasound of the omnipresent windmills and the croaking calls of the barn owl couple on their nocturnal hunt interfere and entangle with the situated audio programs. The windows of the studio are wide open to the garden and the landscape and the walls are covered with an ornament made of dried plants to built an psycho active acoustic infrastructure of weeds, medicinal and kitchen herbs.

Spectre in My Seed: Verdant Ghostcolonialisms

In their radio phone-in infoprogram for people struggling with haunted plants radio kal RJ Promona Sengupta and dark ecology specialist Yvonne Wilhelm of knowbotiq offered practical tips and tricks learned from the ghostcolonial lands of Jeetze to callers and listeners who are struggling with ghosts haunting their own gardens and plants. Through their radio episode that was aired according to the lunar almanac of dark goddess Kali, they gather together important information about post-industrial farming, plant migration and seed sovereignty in the wake of coloniality, the relationship of the supernatural with plants, food practices of the Bengal Famine and the otherworldly claims of psychoactive wild weeds.

Connecting participants in and beyond Karachi, Colombo and Berlin, A Frei’s Relational Listening Composing Workshop was an experiment with relationality beyond linear notions of time, attunement toward difference and simultaneity of place and shared sonic fields.

This episode of Radio Kal is an audio fragment of a worlding event that took place in the House of Kal Berlin on August 10, 2021. In a multisensorial performance and installation by Arshia Fatima Haq with Raed Yassin, the artists create an event of deep transformation by evoking the affective aural architecture of contemporary Islamicate devotion. Listen in to the encyclopaedic knowledge of this music and open yourself up to the arresting smells of itr that drip from the sonic notes of this episode.

Milna Julna/Coming Together: Transmissions from House of Kal Karachi

On this episode of Radio Kal, audiences are invited into the intimate space of care, sociality, love and relationality that is the House of Kal Karachi. Audio fragments from Milna Julna, a relational cloth-weaving session led by Ayesha Chaudhry, carry to our ears a series of poems recited in the silken tongues of participants, baring their care and softness through the shared tactility of cloth and word. We are also treated to the poetry of Sehan Khanna, Arham Bhaiji, Surkh Hina and other comrades as they share their lives and works as a part of the Sharing Circle, a safe space exercise led by Sehan Khanna as part of the Karachi House of Kal.

This episode of Radio Kal intentionally weaves together sound captures from performances that took place during the House of Kal Colombo Summer 2021. We feature the voices of Vicky Shahjahan, Chathuri Nissansala, Shiromi Subasinghe & R. Rasamma as part of two deeply intimate performances Birth & Mother this land is not ours examining relationships between matriarchy, intimacies and identity and the process of unlearning and reformulating to envision new futures. This episode also features audio logs of the lecture performance Artificial Women by Vasi Samumdra Devi. Based on real experiences and interactions with the trans community in Sri Lanka, interrogating the gender binaries in both language and experience created in a cis-het and normative culture and how we may undo, unlearn and challenge in order to live in non-binary ways.

Time Travel for All: Ship Logs of the SS Beben

This Episode of Radio Kal: Knotweed Frequencies contains ship logs from on board the deep space exploration vehicle called Beben that is steered across Alpha Centauri and Andromeda galaxies by an entirely FLINTAQ* transspecies crew of cosmonauts. The Spaceship Beben is a worlding event birthed and midwifed jointly by Captain Pro (Promona Sengupta), Nav Chief Hydra (Suza Husse), Pilot Tee (Teena Lange), Medical Officer Beung (Vicky Truong), Cosmic Oceanographer Sumo (Sumona Dhakal), Kita Commandanta Andrea (Andrea Goetzke) and others crew-mates in the House of Kal Berlin. This episode contains a mix of autobiographical logs by different crew members, loud arguments and discussion circles, impatiently voicenoted recipes and an eclectic on-board playlist. The Beben dispatches give our listeners a rare peek into the adventurous everyday lives of time travellers living many lightyears above us in the sky, searching inside uncharted blackholes for a dignified FLINTAQ* life beyond alienation.

Aural Sex: The Hour of Kali

RJs Captain Pro and Nav Chief Hydra hole themselves up in the DMRS Jeetze transmission station on the dark night of the New Moon in Sagittarius, exactly one month after the New Moon of Kali, the goddess of Death. Marking the end of the cycle of the dark goddess in this earthly realm, this transmission takes a deep dive into the realm of ghosts and horror radio programming. Sound waves and the acoustic world become carriers of intense corporeal sensations such as goosebumps and jump-scares. The two unlikely RJs discuss the scope of radio and its subversive shift from being a war machine to a love machine. The original combative urgency and fascist affect of the form are transformed for the listeners, pulling them close inside an aural world, through ghost stories and the intimacies of a body-genre such as horror, and other tools such as ASMR and foley creation.