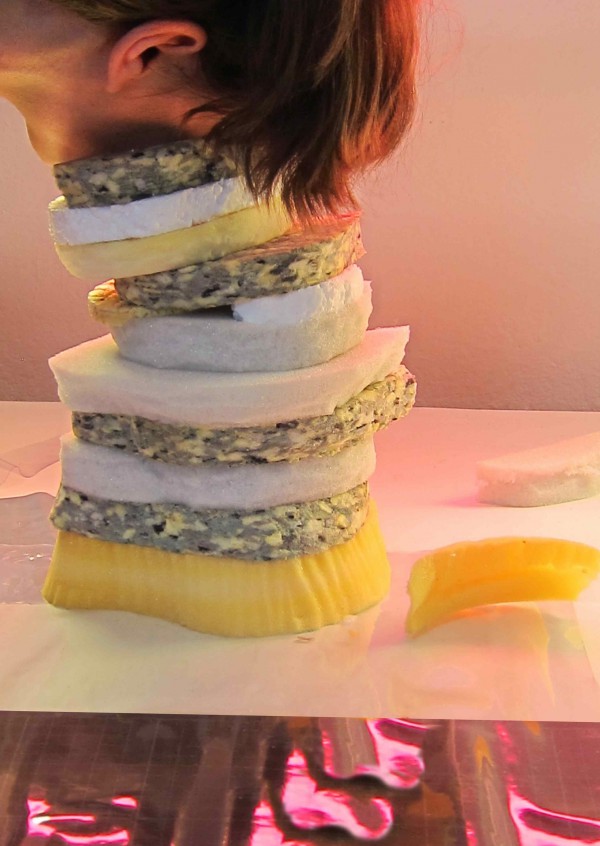 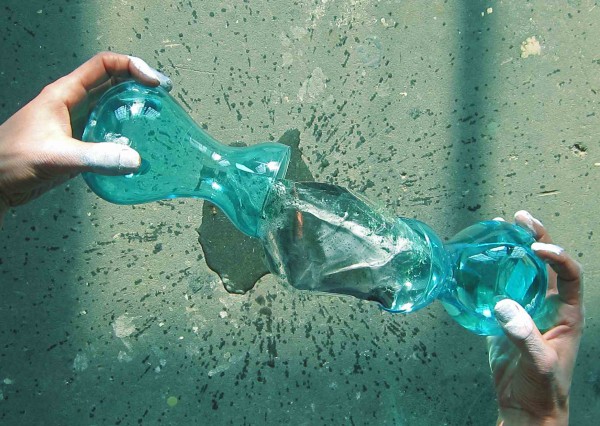 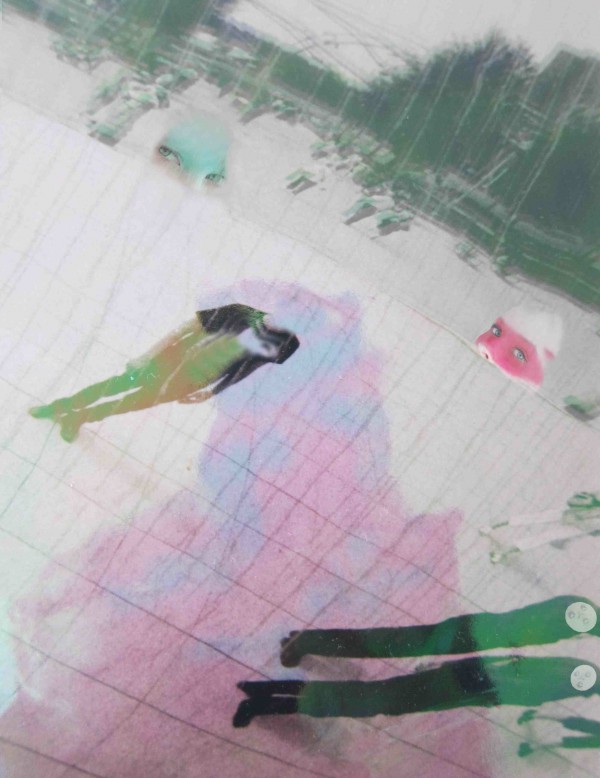 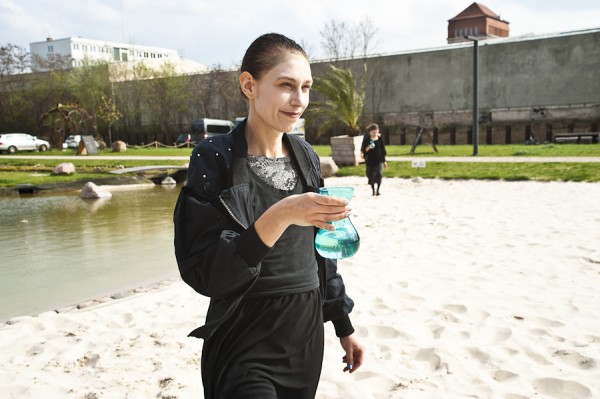 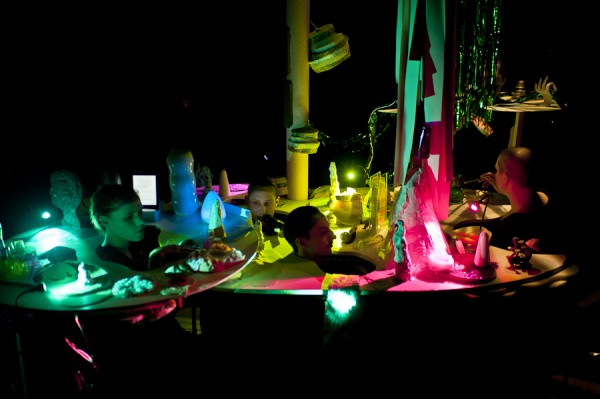 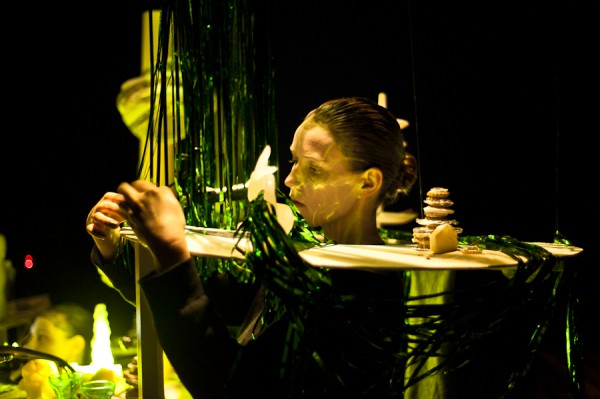 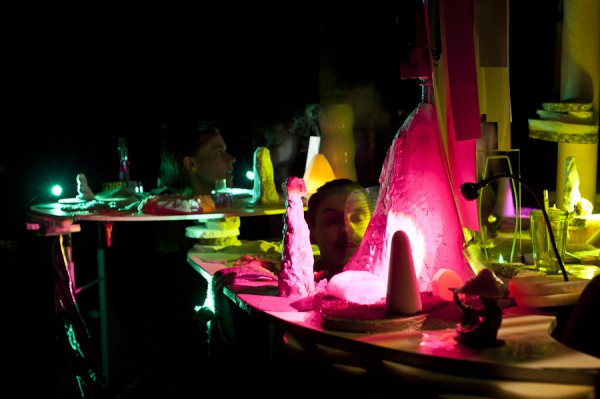 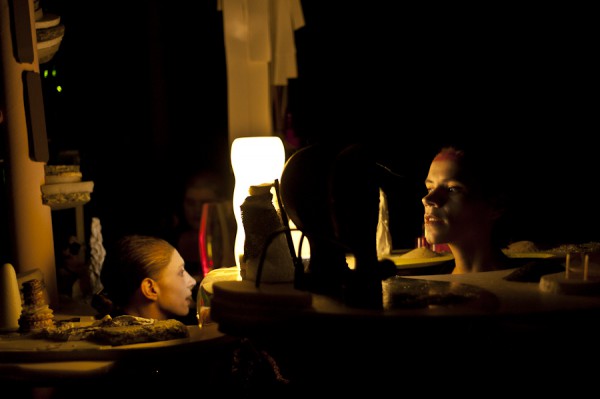 Softsonic GG is a live audio drama by the Berlin based collective Polyphrenic Creatures. By connecting ritual and rhythm with borrowings from performance, installation, music, and radio play, Softsonic GG initiates a journey along liquefactions of mental, linguistic and physical states. Based on their examination of digital communication structures – from post-fact to echo – Polyphrenic Creatures explore new embodiments for thought-formations and rehearse listening as a proactive type of action.

The rituals for the novices of the Futurisierende GG Gedankengesellschaft [Futurising GG Thoughtsociety] begin in the artificial water scenery – resort, ecotope, décor, beach – in the garden of Malzfabrik. At the threshold between inside and outside a “Mental Asylum” is being evoked: a type of brain sponge that symbolizes the agglomeration of experience and perception in the head region. Equipped with clicks and scrolls and amplified by a techno-organic choir, shrunk, hybrid bodies straggle through the sponge scape of synapses fields, memory sinkholes and crumbling information facades.

Since 2014 the interdisciplinary collective Polyphrenic Creatures founded by Ulrike Bernard and Amelie Marei Loellmann delves into utopian and phantastic spheres under the guise of reality. In their third production Softsonic GG they examine current communication technologies for their potential to alter edifices of thought and to expand disembodied consciousness. Together with performers Cornelia Herfurtner, John MacLean and Ayca Nina Zuch, Bernard and Loellmann generate a mental-sensual spectrum that echoes Kathy Acker’s exclamation GET RID OF MEANING. YOUR MIND IS A NIGHTMARE THAT HAS BEEN EATING YOU: NOW EAT YOUR MIND (Empire of the Senseless, 1988).