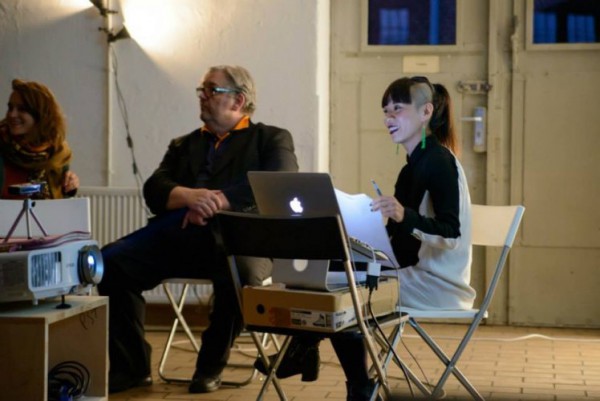 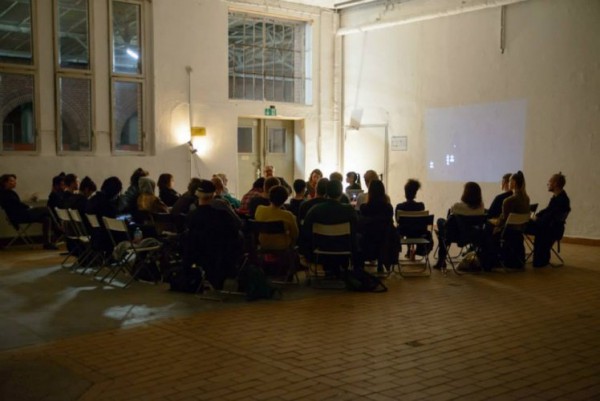 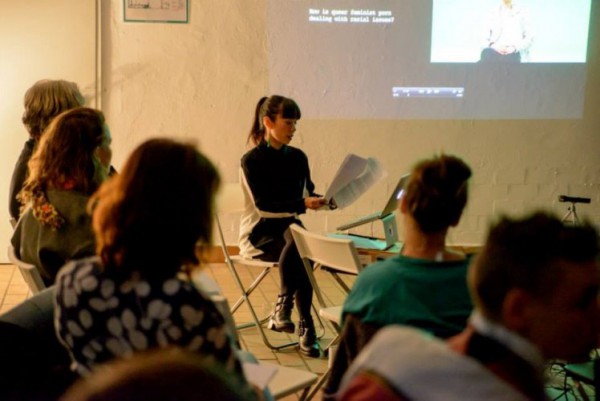 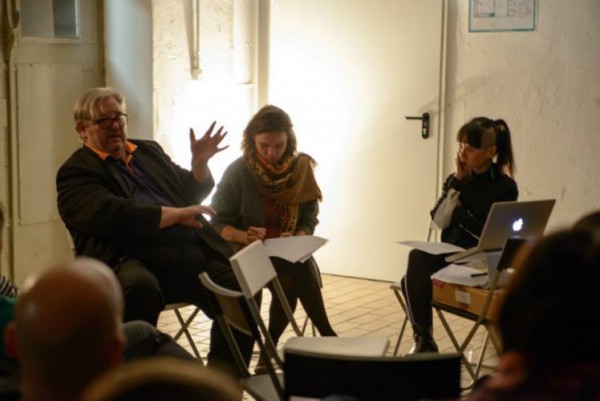 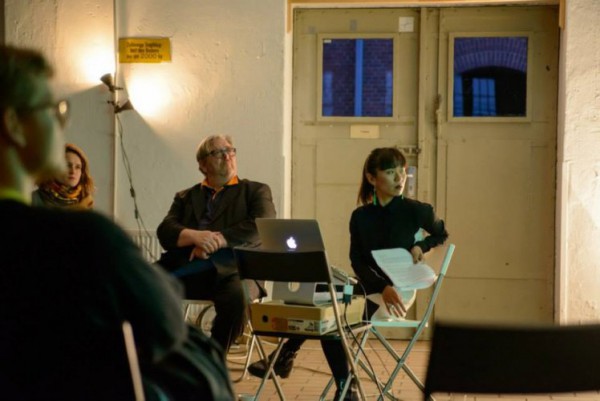 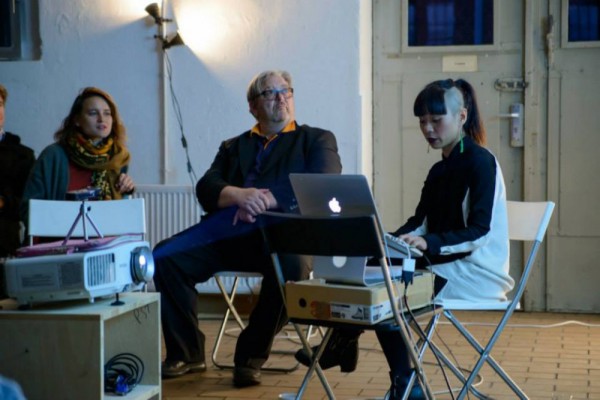 The studio talks are a public frame for studio grant artists at District to discuss their practice departing from a selection of work samples. To broaden the perspective on their own work as well as the turns in the open conversation with interested guests, District invites each studio grant artist to engage an interlocutor from a foreign field of knowledge.

Christa Joo Hyun D’Angelo (*1983), District studio grant artist from July to December 2014, concentrates on the politics of representation regarding gender and racial paradigms that exist within our shared media landscape. In her artistic work and research she investigates how these representations form the basis of our society’s collective thoughts and relationships to people existing outside the borders of traditional stereotypes in her artistic work and research.

For her studio talk she has invited Dr. phil. Bernd Wagner, criminologist and cofounder of the initiative Exit Germany who is an expert on right-wing extremism and right-wing radicalism.In relation to the artist’s curent research focus, they will discuss the representation of German nationality beyond ethnic and religious identification and, among others, the question what connections might be drawn between the state ideology of the former GDR system and the current day xenophobia and racism within parts of Eastern Germany. The talk will be held in German and English.

Christa Joo Hyun D’Angelo was born in Busan, South Korea and raised in New York, USA. She attended The Maryland Institute College of Art in Baltimore Maryland, USA as well as The Academy of Fine Arts in Cracow, Poland. Her works have been shown in international exhibitions including Deutsche Bank Kunsthalle Berlin (2013), Dalton Superstore London (2013) and New Stand Utudur Reykjavík (2011). Christa Joo Hyun D’angelo has received diverse scholarships, amongst others in Finnland, Romania and Switzerland. D’Angelo lives and works in Berlin.
www.christajdangelo.com