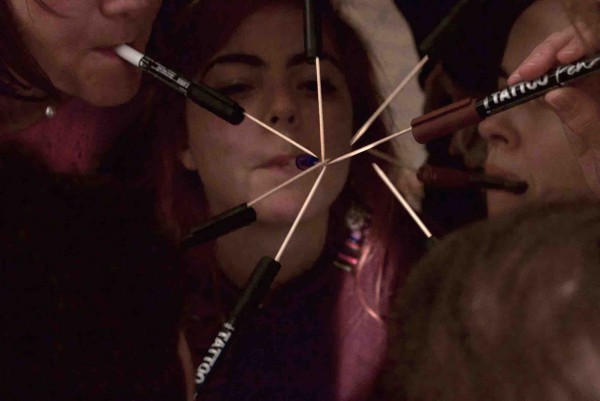 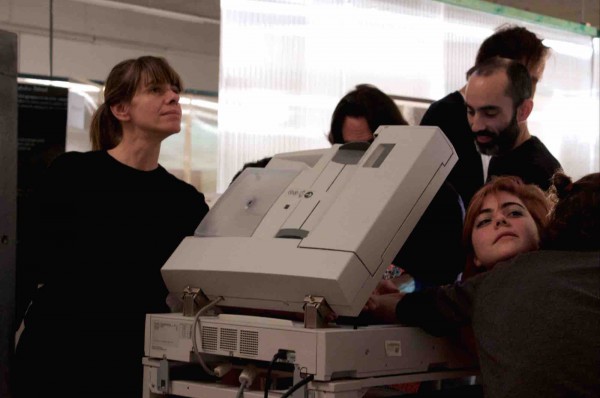 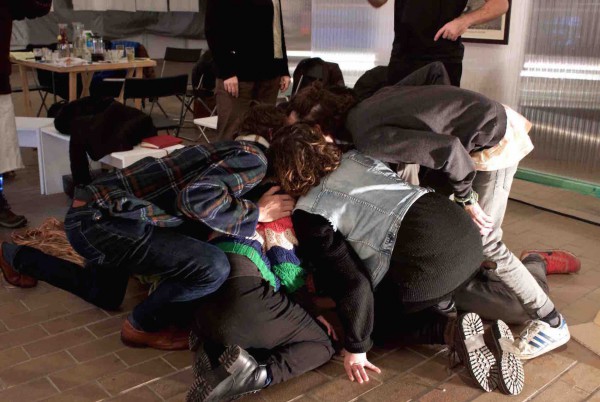 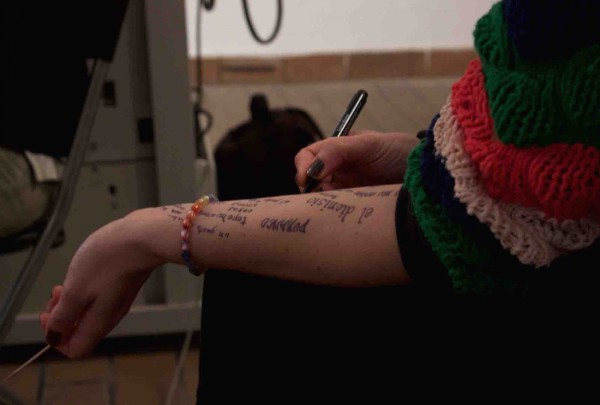 Undisciplinary Learning takes the novel The Aesthetics of Resistance by Peter Weiss (1916-1982) as an impetus to question current knowledge politics at the intersection of artistic, political, and pedagogical practices. In the exhibition, urban interventions, encounters and conversations, education is probed as a mode of political imagination that recognizes heterogeneous forms of knowledge and integrates the body, the city, relationships, and the environment as places of learning. Undisciplinary Learning thereby maps artistic approaches focusing on self-empowering pedagogies – especially from feminist, queer, decolonial and leftist contexts – that radically question hegemonic cultures of knowledge.

In The Aesthetics of Resistance, the protagonists visit a range of artworks, including the Pergamon altar at the Pergamon Museum, which they read and reinterpret according to histories of anti-fascist resistance. Gabriel Rossell Santillán shifts the frieze’s depiction of the battle between gods and giants, originating from approximately 165 B.C., into the present and correlates it to the history and struggle of the indigenous Wixáritari community in Northern Mexico.

In a three-part workshop, Santillán will enter into a performative exchange with participants. The series will share research from a collaborative, long-term project situated at the intersection of documentation, art, and knowledge production with indigenous, nomadic Mexicans communities who retreated into the mountains hundreds of years ago. Together with workshop participants, text fragments, archival images, and excerpts of dialogue will be generated as set pieces for a polyphonic and multi-layered palimpsest. Here, the knowledge, struggle and history of the Wixáritari are gradually inscribed in the bodies of the attendees and as a part of the installation in the exhibition space.

5 September 2016, 17–20.30 h
Workshop #1, in German
The first workshop focuses on the indigenous knowledge forms of the Wixáritari community in relation to Western European archival practices. Their cultural heritage objects and ceremonial objects were brought to Germany over the course of a colonial anthropological expedition led by Carl Theodor Preuss and later archived in Dahlem. Different formats will be collectively tested throughout the project to create a mobile, applied archive and to return the knowledge to the community.
Registration until 2 September at kfs@district-berlin.com, for up to 16 participants

6 September 2016, 17–20.30 h
Workshop #2, in English
In the second workshop, Gabriel Rossell Santillán will speak about his work researching the indigenous Wixáritari community and will discuss questions of authorship with the participants. A discussion of excerpts from the feminist physicist Karen Barad’s book Meeting the Universe Halfway: Quantum Physics and the Entanglement of Matter and Meaning will explore parallels between indigenous culture and quantum theory.
Registration until 2 September at kfs@district-berlin.com, for up to 16 participants

7 November 2016, 17–20.30 h
Workshop #3, in Spanish
The third workshop introduces the theories and writings of Bolivian sociologist and filmmaker Silvia Rivera Cusicanqui. An Aymara perspective and theoretical considerations regarding concepts of identity and subalternity will make the practice of the Wixáritari legible as a genuine, indigenous form of knowledge. Questions regarding artistic processes while working with communities will also be discussed. Registration until 21 October at kfs@district-berlin.com, for up to 16 participants