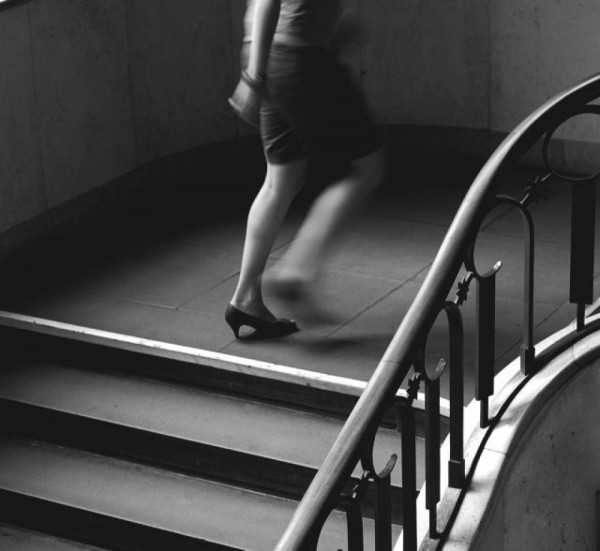 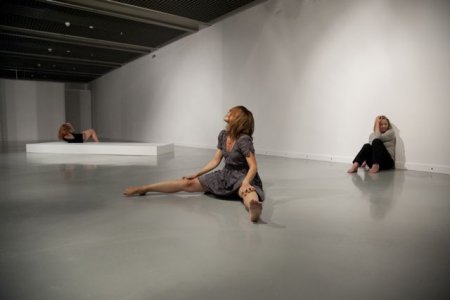 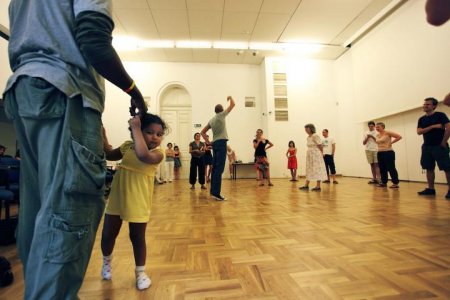 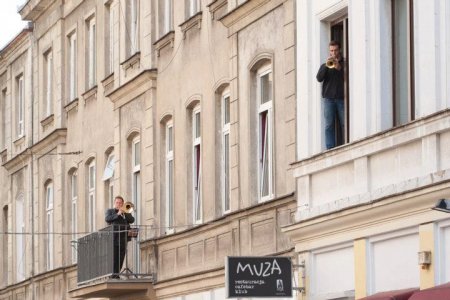 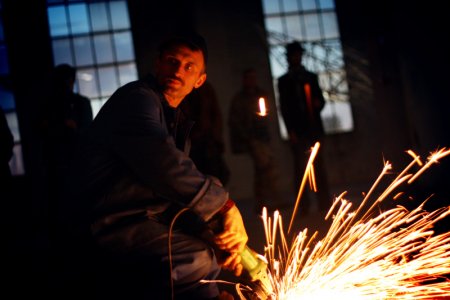 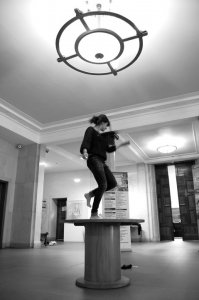 The works of artist Zorka Wollny (*1980 in Kraków) inhabit a space between art, theatre, contemporary music and dance and are always closely connected to the historic and functional context of specific architectural sites. Wollny understands architecture not simply as a material figuration, but rather as a cognitive space dependent on movement, an expression of cultural conditions and a scene of performative interventions. Following a critical interest in cultural codes, gestures and structural modes of behaviour, which she observes e.g. in art production and reception and in environments of post-industrial work, she develops not only installations and videos, but frequently also choreographic live-performances and concerts. In the latter, she deploys feminist and deconstructivist approaches to explore the thresholds and superpositions of private, public, subjective and institutional spaces and narratives.

The production of Wollny’s projects is based on a collaborative procedure and is often accompanied by public rehearsals and workshops in which she creates structures of cooperation with individuals as well as groups and communities, such as composers, students, actors and activists. In one of her most recent works, Ophelias. Iconography of Madness (2012), presented at the Museum of Art in Łódź, Wollny staged a performance of eleven actresses, representing the figure of Ophelia as depicted in several historical theater productions of Shakespeare’s Hamlet. Wollny instructs the actresses to perform their respective versions of Ophelia’s famous monologue (by the end of which she slides into madness) synchronously and in one and the same museal space; through this both interlaced and dissecting re-presentation, Wollny creates a kind of Tableau Vivant of the cultural narrative of female hysteria.

In Oratorio for Orchestra and Warsaw Citizens Choir (2011), developed for the international festival of contemporary music ‘Warsaw Autumn’, Wollny devises a concentrated, polyphonic manifestation in the city centre of Warsaw, that was produced in collaboration with NGO’s and the Warsaw Philharmonic Orchestra and is based on the political manifestos and agendas of the participating activists. The project Concert for High Heels (2010) utilizes the female stride, the sound of high heels in all its (pop-)cultural, socio-aesthetic and metaphorical relevance for a focused presentation located at a former government building, literally making vibrate this architectonic embodiment of power.

Zorka Wollny earned her PhD in fine arts at the Kraków Academy of Fine Arts and is a visiting lecturer at Szczecin Art Academy. Her works were shown at the most prestigious institutions of contemporary art in Poland, such as the Zachęta National Gallery of Art in Warsaw (2013), the Museum of Art in Łódź (2012), the Wyspa Institute of Art in Gdansk (2011) and Warsaw’s Centre for Contemporary Art Ujadowski Castle (2008). Moreover, she participated in international exhibitions at Akademie der Künste in Berlin (2013), at the Galerie für Zeitgenössische Kunst, Leipzig (2012), at Turner Contemporary, Margate (2011), at the Belgrade Museum of Contemporary Art (2011) and at Outpost Gallery in Norway (2010). She was a nominee at the Deutsche Bank Award for the best Polish emerging artist in 2009; in 2010, art magazine Arteon elected her Artist of the Year.