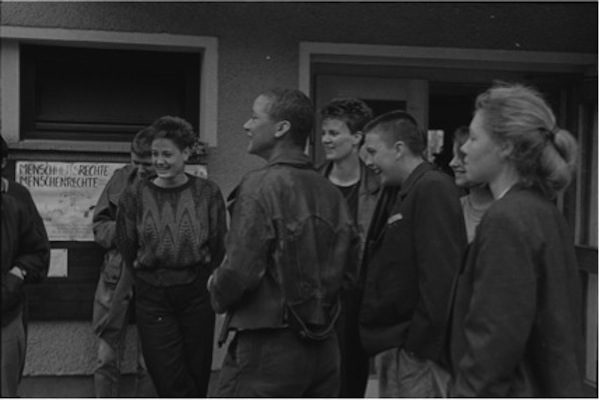 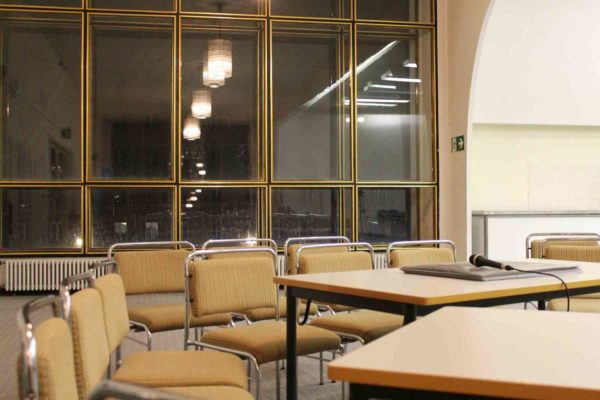 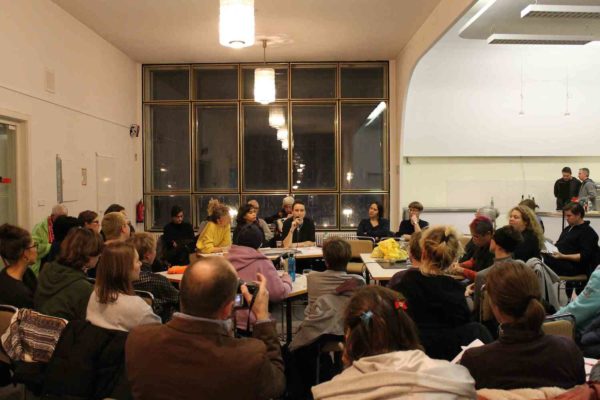 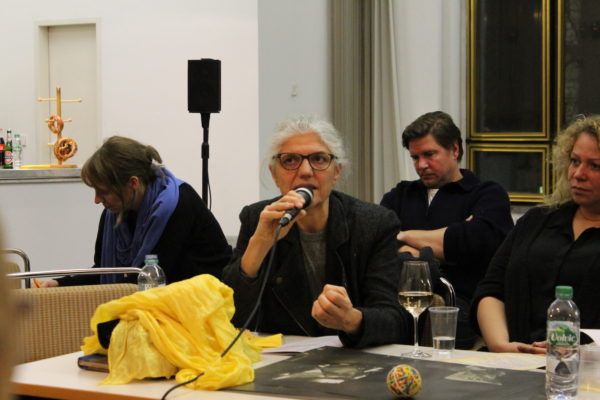 I want nobody to find no trace that would prove our existence. Photos: Jil Zepp. 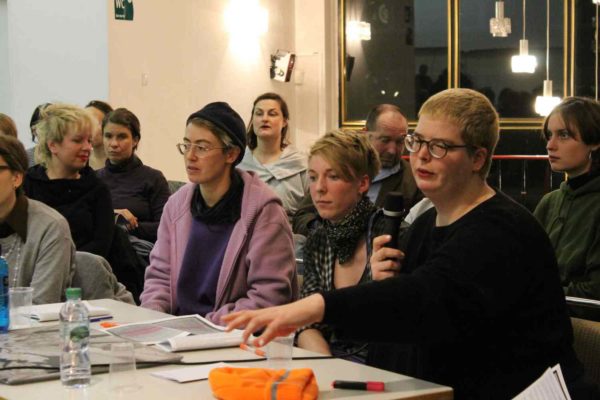 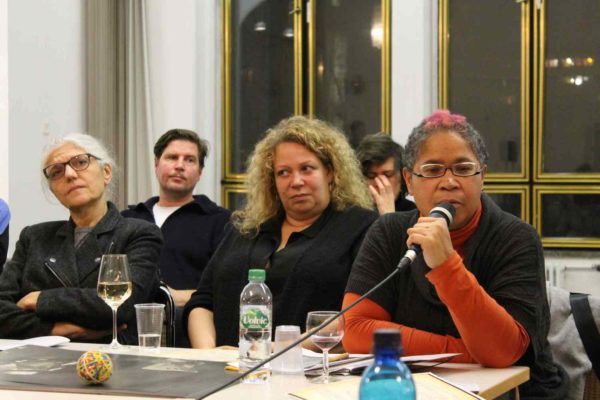 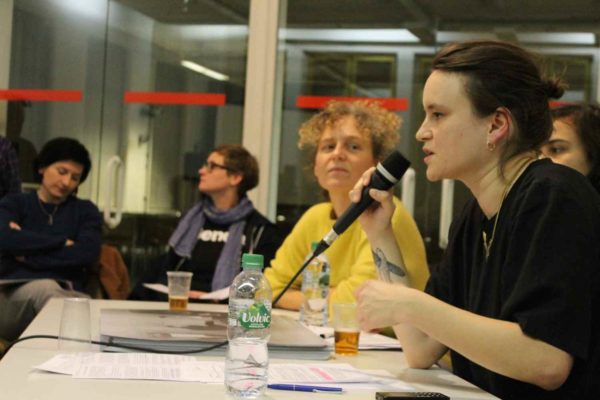 as part of wild recuperations. material from below. Artistic Research at the Archive of the GDR Opposition
Location: Haus 22. Stasizentrale. Campus der Demokratie – Ruschestr. 103, 10365 Berlin Lichtenberg

On 26 November – the 29th anniversary of the first GDR-wide Lesbian Congress organised “in the shadows of the fall of the Berlin wall” in 1989 – artists*, authors*, archivists*, protagonists* of the movements and guests come together to interweave experiences, stories, absences and speculations from the GrauZone Archive and the Archive of the GDR opposition with their political resonances today. Along selected documents from the archive holdings, the contributors open up their research, realized as exhibition or book contributions within the framework of the project wild recuperations. material from below: Artistic Research at the Archive of the GDR Opposition, for joint reflection.

Samirah Kenawi has started in 1992 to systematically congregate the archive of the GDR women’s and lesbian movement GrauZone, which she co-founded in 1988 in the women*s group Fennpfuhl, as a source of information for women in the GDR. As part of collective queer-feminist work on alternative social models, around the same time she began her ongoing engagement with the political history of money and economic structures of utopias. In the discussion, we explore im/possibilities of political organization, alliances and demarcation dynamics in state socialism and capitalism and discuss friendship as a dissident infrastructure.

Claude Gomis and Saskia Köbschall developed their work Pirate Sounds of Solidarity, in which they listen to the archive of the GDR opposition ‘against the grain’ in order to supplement its holdings with the dissident perspectives of contract workers and other PoCs who lived and worked in the GDR. Point of departure are the archive’s audio material of the pirate radio channel ‘Schwarzer Kanal’ and ‘Radio Glasnost’, both of which transmitted censored music, information and resistance instructions.

Rebecca Hernandez Garcia works as archivist and researcher at the Archive of the GDR Opposition. During the past few years, she has been working on the inventory of the Archive GrauZone of the GDR Women’s Movements. At the same time, she is a situated expert on post-/migrant experiences during and after the GDR.

Ernest Ah & Sabrina Saase & Lee Stevens from the collective Raumerweiterungshalle conducted research for their contribution gemeinsam unerträglich (together unbearable) on lesbian and trans* realities, cultures and organizations in the GDR and their continuations to the present day, which resulted in an audio piece, a zine and a poster series. In conversations with the protagonists who keep expanding the GDR Opposition archive, the collective explores specific forms of lived resistance against patriarchal violence in the GDR.

Peggy Piesche is interested in the narratives of feminists and people of colour who lived in the GDR and witnessed the fall of the socialist state. Her contribution to the publication focuses on the struggle for reproductive rights and physical autonomy, the influence of the Polish Solidarność movement which was largely organized by women, and the experiences of contract workers in the GDR. Thereby, she explores how these entities have possibly operated as catalysts for solidarity against patriarchal, as well as racist state and social policies in the GDR and beyond 1990.

I want nobody to find no trace that would prove our existence is a text line that originates from a love poem from 1986. Suza Husse and Maria Josephina Bengan Making came across the line in a folder on women*, lesbian and trans* groups in Dresden during the research for their joint book contribution. With regard to the re-appropriation of (one’s own) history, for us this line refers to resilient in/visibilities, the immaterial archive of lived relationships and the historicity of a touch.

* Program in German language with whisper translation into English.
** The exhibition in the Archive of the GDR Opposition / Robert-Havemann-Gesellschaft e.V. (Haus 17) will be open from 3 to 7 pm that day.
*** We are sorry that the venue – Haus 22 – is not wheelchair-accessible. Toilets can be found in the neighbouring house.

An event in the framework of wild recuperations. material from below: Artistic Research at the Archive of the GDR Opposition. A cooperation between District Berlin and the Archive of the GDR Opposition / Robert-Havemann-Gesellschaft e.V. Curated by Suza Husse and Elske Rosenfeld in exchange with the archive affiliates: Rebecca Hernandez Garcia, Frank Ebert, Christoph Ochs, Olaf Weißbach. Research Assistant: Maria Josephina Bengan Making. Supported by Hauptstadtkulturfonds.