I was told I chop wood like a ballet dancer 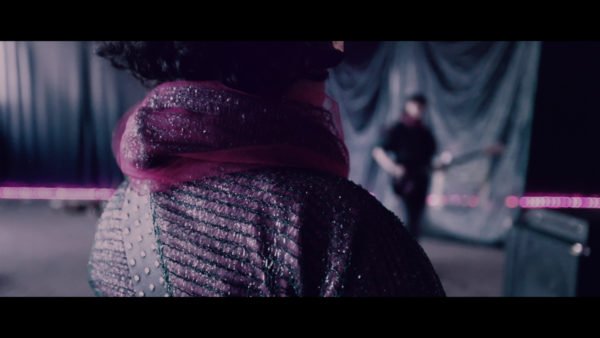 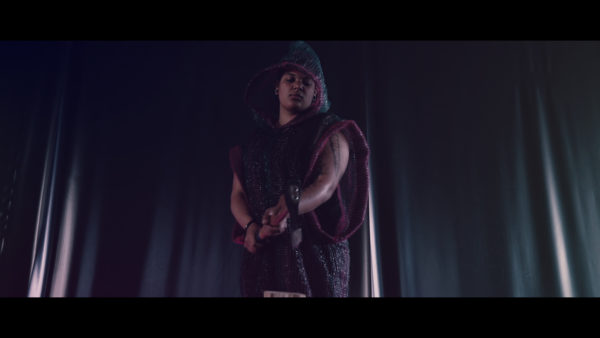 Freja Bäckman: I Was Told I Chop Wood Like a Ballet Dancer. Video, 2018. Stills: Elis Hannikainen.

They call it work. They find a common rhythm. They work (it) out. They take time to do this. They wonder if it is pr-oduction. They know the rules. They say it’s violent. They find them selves in stagnation. They a- scape. They are not revealing what is invisible. They know their abilities. They call it a repetitive motion. They make the rules. They say it does matter what stories they tell.

I was told I chop wood like a ballet dancer is a body of work that has grown as a collective effort. Following the origin of the word concert – to contest, question, dispute (with) as well as agreement in action – the iteration of IwtIcwlabd at District is a concert in the forms of a performance and an installation.

Acting in concert together, three figures chopping wood and five figures playing the electric bass make sound with the space, for what and who is in it. The space answers with lights fading into night, with colours, porosities, translucency, movements in fabrics and textures and places for the bodies to rest, to listen, to feel and imagine. Alluring for responses through murmurs and silences, with heartbeats, pleasure, alienation, repulsion maybe, with ways of doing time and dreaming.

“The Athsheans did sleep – the colonist’s opinion, as often, ignored observable fact – but their psychological low was between noon and four p.m., whereas the Terrans it is usually between two and five a.m.; and they have a double-peak cycle of high temperature and high activity, coming in the two twilights, dawn and evening. […]; so if one discounted both their naps and their dreaming-states as “laziness”, one might say they never slept. It was much easier to say that than to say what they actually did do.” – Ursula K. Le Guin

IwtIcwlabd has been shaped by public workshops at District in summer 2017 and through sessions with a group of bass players. Based on these shared moments the exercise in writing the score for the performance has been a reflection on how we never work alone, on the stories we draw upon and on the worlds we co-inhabit. Approaching wood chopping – and the acts of violence and resistance therein – through notions of vulnerability, pleasure and repulsion, workshop participants and co-performers reflected on moments in which they encounter resistance in general.

Judith Butler points out that one does not have to act in conformity when acting in concert, that “there has to be space for different directions and different reasons for choosing this, and loose alliances that are not based on love or even identification but on a shared interest in coming together as a group in that moment, despite differences that at times might even contradict one another.”

Followed by bonfire and barbecue and
from 22.30 pm
dancing to
DJ Bianca Kruk

Freja Bäckman‘s practice is constituted by collective formations, as a preferred way of working but also a central topic evolving around friendships and exclusions, the spaces and time we share and the politics of these.

The series IwtIcwlabd started as a response to the invitation to take part in Repose (2015), where the curator Agnieszka Kilian suggested a place for ”resting with others”, a need for suspension as well as the relation between ”work” and ”a break”. IwtIcwlabd has taken different shapes, through collective wood chopping and intimate one on one sessions.

The installation IwtIcwlabd at District nurtures, hosts and regenerates from further encounters and dreams:

In dialogue with IwtIcwlabd and as part of the project Caring for Conflict, Emma Haugh’s workshop Night Sweats (The Re-appropriation of Sensuality) on April 7 feeds the fire of a queer steam bath the woods from the rehearsal process and offers steam bath heating and healing to the performers during rehearsal.

On the evenings of April 20 and 21 the public program of the research summit in preparation of D’EST. A Multi-Curatorial Online Platform for Video Art from the Former ‘East’ and ‘West’ will happen in the IwtIcwlabd installation.

Quotes
Hannah Arendt, Power, in: On Violence, 1970; Ursula K. Le Guin, The Word for World is Forest, 1972; Judith Butler, Notes Towards a Performative Theory of Assembly, 2015