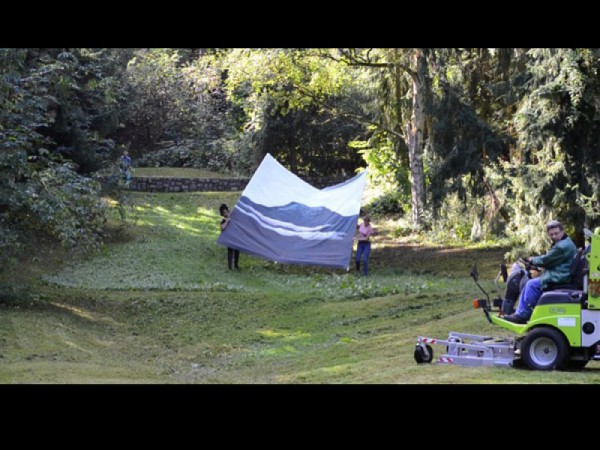 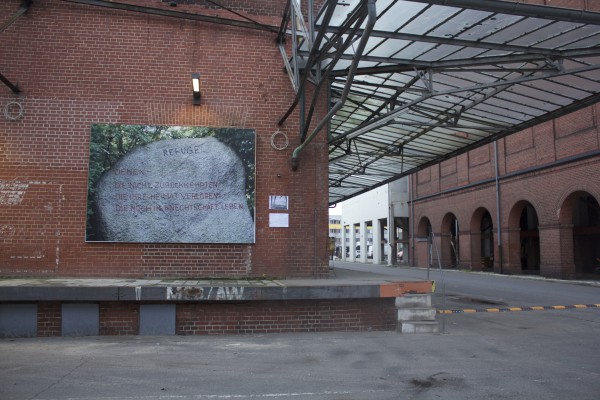 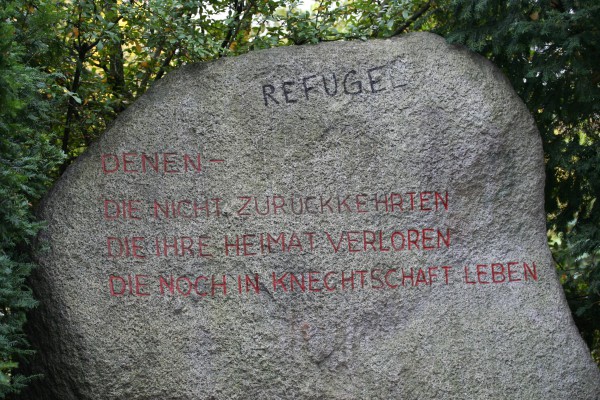 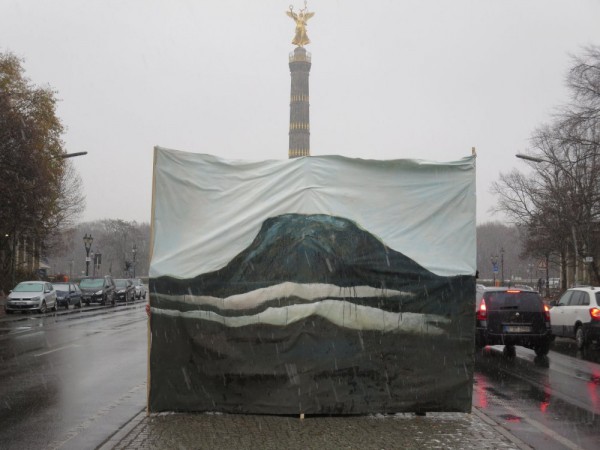 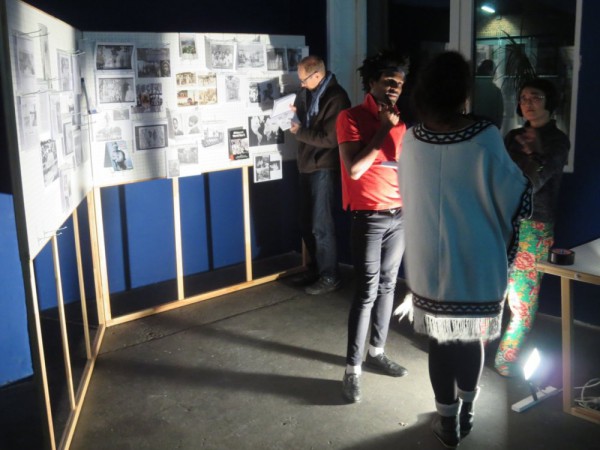 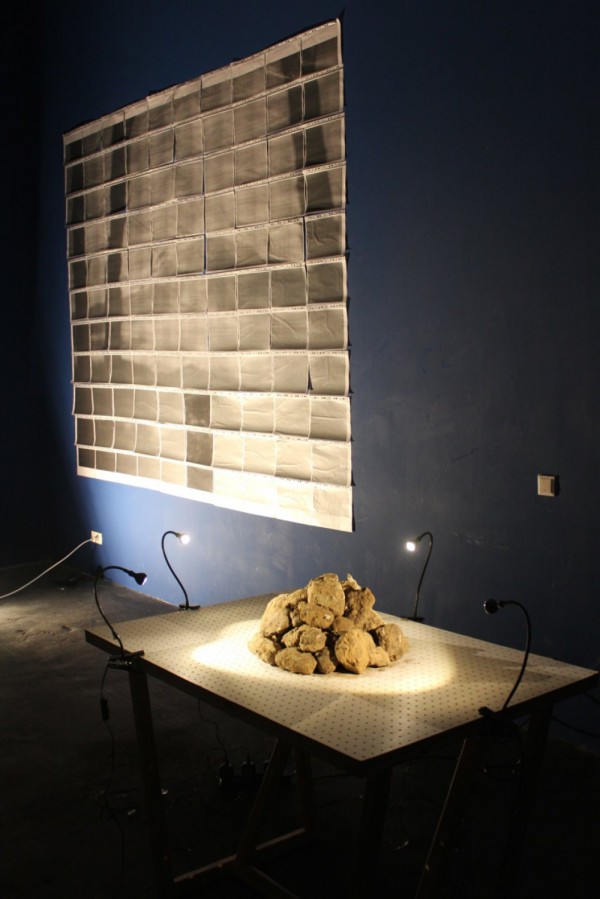 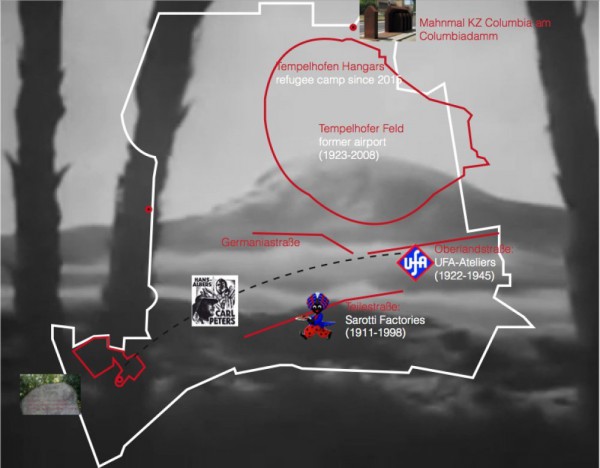 Squat Monument is an artistic investigation into Germany’s colonial and post-colonial history and memorial culture as it manifests in Berlin’s Tempelhof neighborhood. The project invites to read this district as an introduction to Germany’s erased histories within the complex identities of Europe. Appropriating monuments, Squat Monument reconstructs memories from the visibility and invisibility of people’s lives in relation to the trajectories of migration over many generations.

„Your Ideal Country Would Be A Forest Of Yellow Marble Monuments“

Trümmerberg Marienhöhe delivers its first mysteries: On its summit rests the “Memorial stone in memory of the victims of war and oppression“. The monument was erected on the debris of history in 1954. Over the last decades graffiti marks have been appropriating the stone and have been removed from its surface again and again.

Over the 19th and 20th century Marienhöhe becomes a site of immigrant archaeologies and of contested terrains between settling and nomadic communities.

With the Universum Film AG (UFA) studios taking residence at Oberlandstrasse around 1925, the neighborhood develops into a space where the meaning of ‘Germany’ is re-invented through films. As political tools, the propaganda movies – such as Die Reiter von Deutsch-Ostafrika in 1934 or Carl Peters in 1941, partly shot on Marienhöhe – use the magic of cinema as well as the bodies and labor of African populations to create the first images of German colonial Africa.

Nearby in Teilestrasse, the factories of Sarotti produced chocolate under the logo of the African Black Moor until 1991: The commercial image for the exotic in food consumption caters to Germany’s fashion, nostalgic and political positions regarding its colonies.

The white marble of the former Tempelhof airport, constructed between 1937 and 1941, has faded into yellow, inhabited by layers of told and untold stories from the past. Today, thousands of people seeking asylum from war and poverty are being accommodated in the monumental edifice under the challenging conditions of what is becoming one of the largest refugee camps inside the EU.

NATHALIE MBA BIKORO and ANAÏS HÉRAUD are Studio Grant Artists at District. Their project Squat Monument is developed in collaboration with the District team.