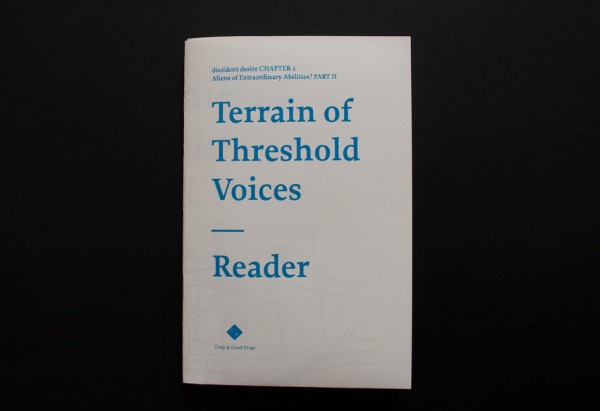 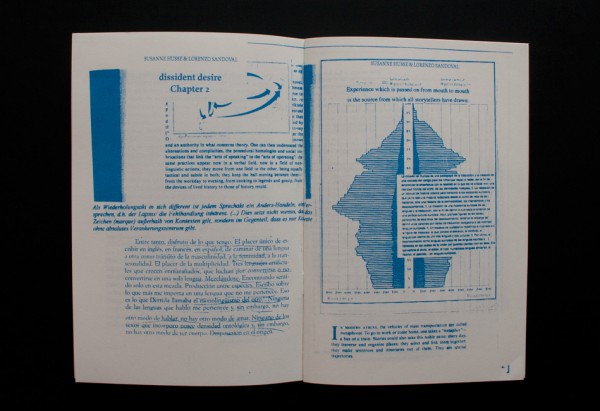 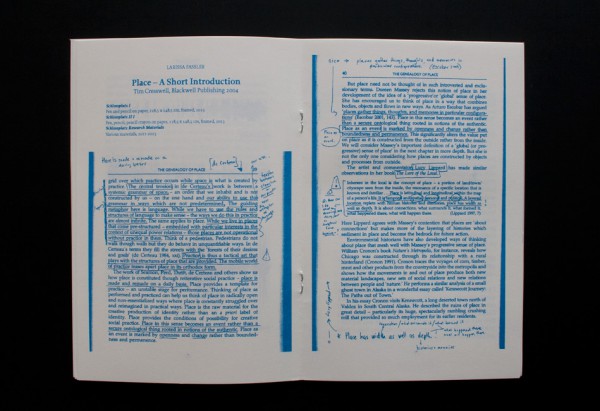 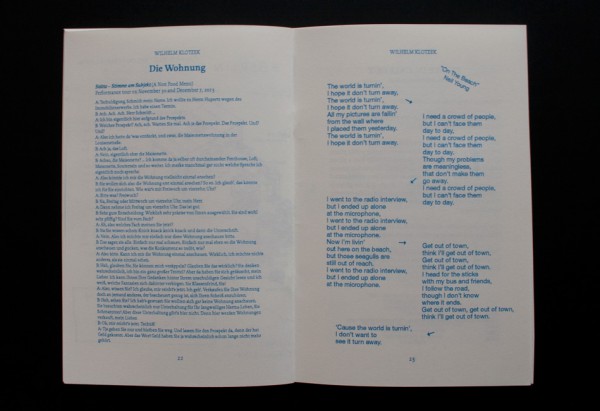 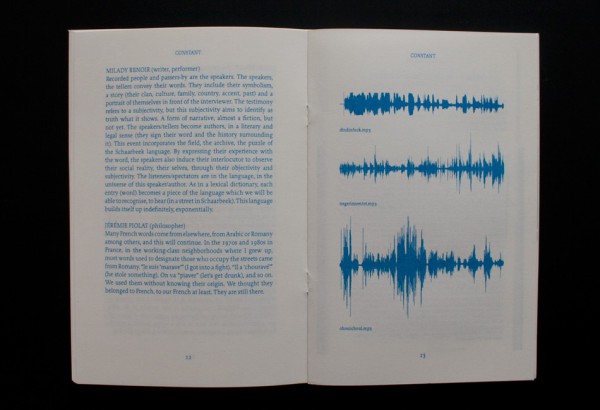 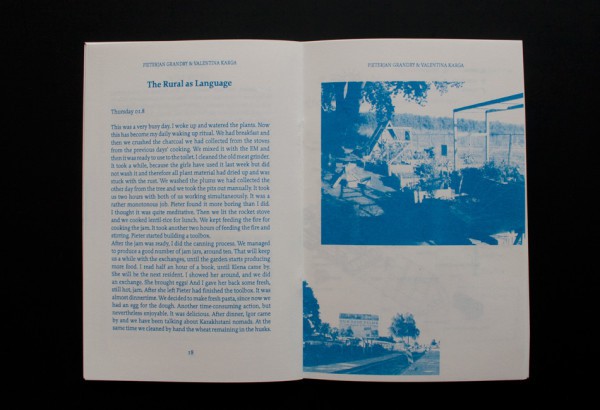 The exhibition and performance project Terrain of Threshold Voices is dedicated to forms of artistic research on language in relation to the transformation of the urban landscape. Inspired by the presence of written expressions which take the contemporary city as a textual surface – language phenomena are explored as terrains of friction between different communities. It connects the ongoing investigation on dissident practices of precarious bodies within the framework of District’s dissident desire with the histories and present narratives of migration in Berlin that are examined by the project Aliens of Extraordinary Abilities? at English Theatre Berlin. Engaging with the interstices of different languages and cultures of space, Terrain of Threshold Voices manifests in an exhibition as performative zone of conflict. Moving beyond normative attribution and cultural representation, the exhibition opens a language laboratory of threshold jargons that emerge from transitional states.
The reader comprises texts of both the exhibition and the performances in the neighborhoods which mapped out terrains, structures and movements emerging at intersections and ruptures between different social narratives of Berlin.

The reader is published on the occasion of the exhibition and performance project Terrain of Threshold Voices at District Kunst- und Kulturförderung 12 November – 7 December 2013. A collaboration of District and English Theatre Berlin, supported by Hauptstadtkulturfonds.
Terrain of Threshold Voices is a project by Suza Husse and Lorenzo Sandoval within the framework of dissident desire realized in collaboration with Daniel Brunet as artistic director of Aliens of Extraordinary Abilities.

p. 18 Pieterjan Grandry and Valentina Karga The Rural as Language