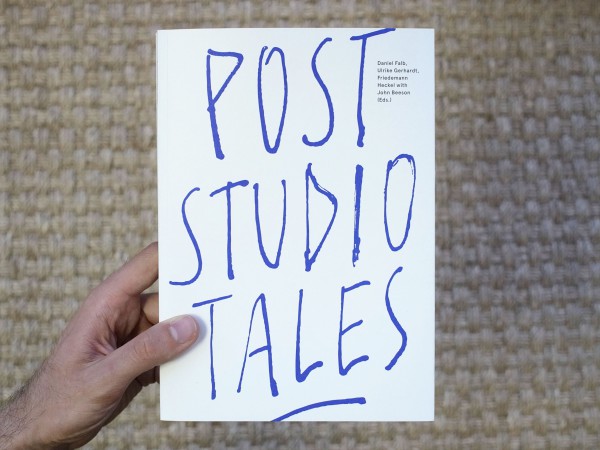 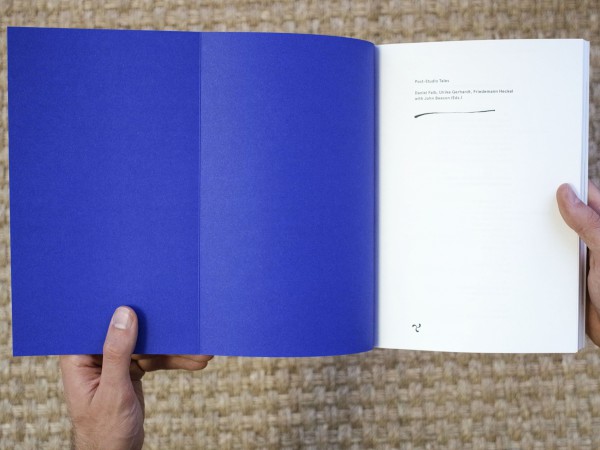 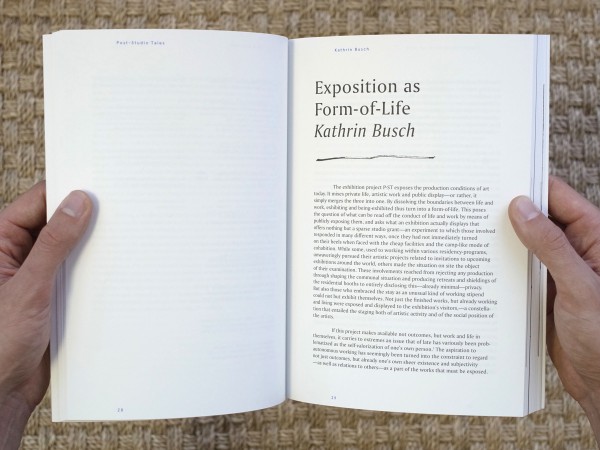 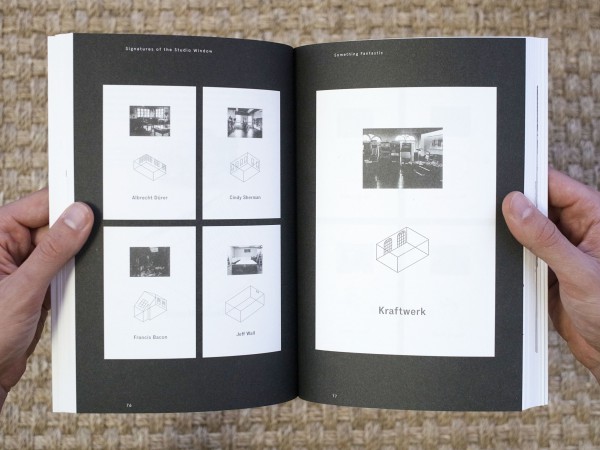 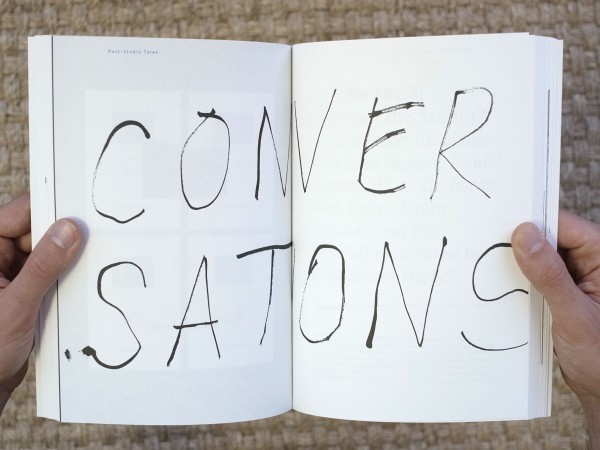 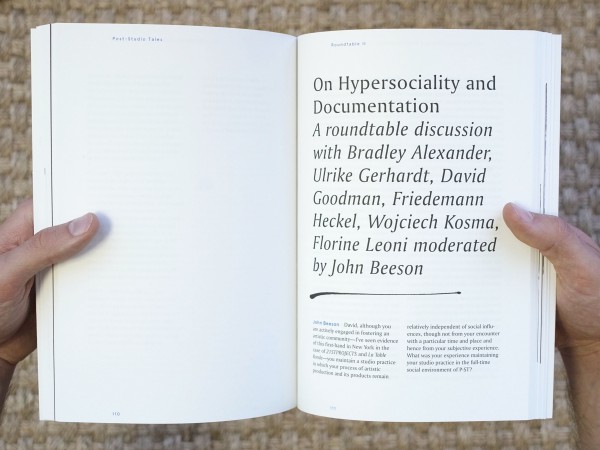 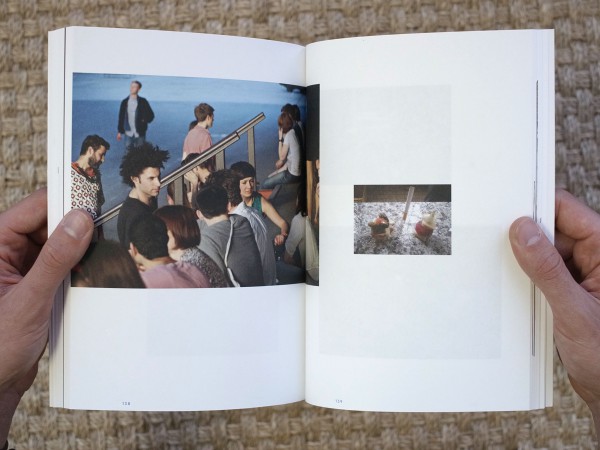 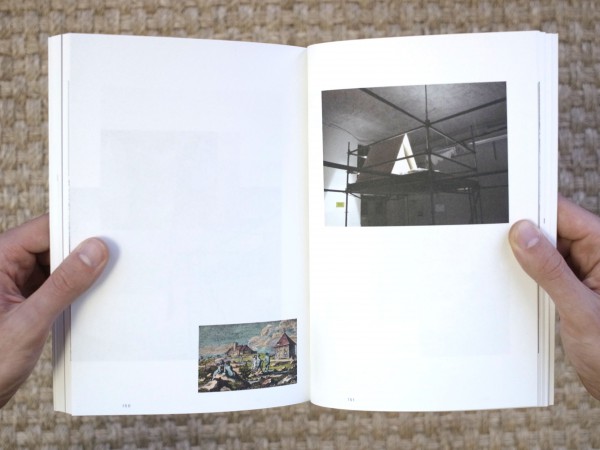 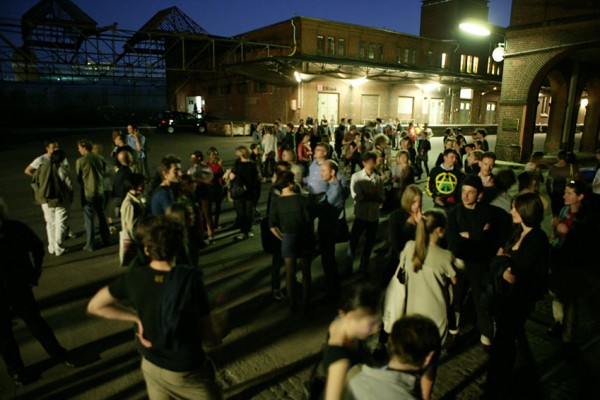 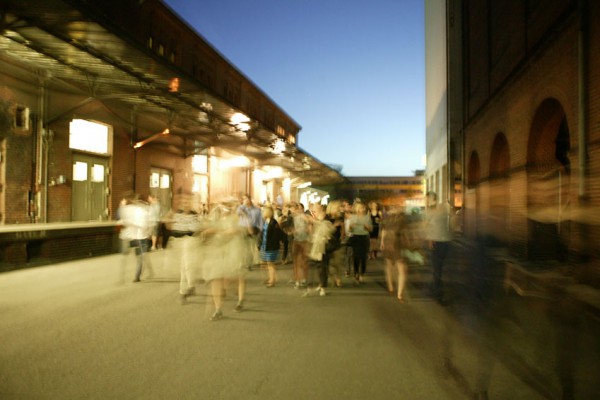 Post-Studio Tales (P-ST) is a curatorial research and publication project examining the conditions of artistic practices today in view of their locatedness and materialization. Including text, commentary and conversation between artists, theorists, curators and architects, this publication intends to contribute to the notion of ‘post-studio’ practices in the arts. To accommodate for transversal digressions, P-ST was conducted as a research project which included eighteen artists living and working in an architectural setup designed by Something Fantastic at District Berlin. In rendering the whole space of District one grand studio, the setup blurred any delimitation of art/nonart,  production/nonproduction etc., making artistic form and form-of-life converge and delivering an ongoing postheroic comment on the issue of art and everydayness.

P-ST performed a triple operation upon the discourse of ‘post-studio’-practices.
First, it historizes them as being a part of art history already. P-ST alludes to the context of their emergence by referencing other 1960ies phenomenons already in its setup, namely the social experiment (Garfinkel, Milgrim) and the social experiment as concrete utopia (communes, shared living etc.). This historization implies that P-ST’s perspective is post-post-studio. Second, the project fictionalizes the tale of the abandonment of the studio (which was never ‘true’ in a descriptive sense) and develops its own heterogeneous narration from the patchwork of its participants’ threads of working practices, discourses and stories. Third, as an act of curatorial experimentation, P-ST highlights the often-neglected curatorial consequences of the post-studio condition. Permanently present ‘on site’ during the project, P-ST’s curators positioned themselves as scissionfigures: through constant feedback somewhat conducting, and constantly reflecting, the course of events, they at the same time were subject to their own curatorial decisions, which were, like any other participant’s activities, permanently on exhibition at P-ST. Aware of the staging of these hypersocial complications, and of their ultimate unrepresentability in particular, the publication makes a contribution to current debates surrounding the topic of “post-studio” in art-theoretical discourse.

Post-Studio Tales is a project by District, supported by the Hauptstadtkulturfonds Berlin.