radio kal #1: the root of freedom comes from ‘friya’ which means beloved 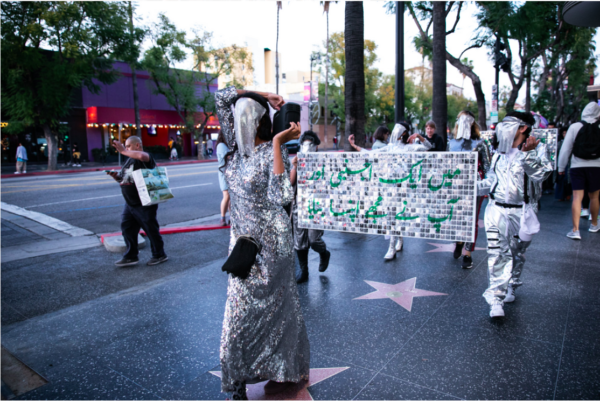 Arshia: The archetype of the enemy exists, the archetype of home, or the archetype of nationality or belonging and yet what structures actually house that are constantly shifting, are being demolished, are being reconstructed. It’s like a moving target. Still we so much rely on these archetypes to place us. I also very much identify with this idea of continual becoming. As South Asian femmes I feel that traditionally we have such specific maps that are given to us in terms of going from one identity to the other. When I read the first “Partition” that’s exactly what it is about – you’re this until you’re this, you’re this until you’re this. There is a sense of pursuit and a sense of fleeing, and a sense of migration. While in our present circumstance we might not experiencing that, – we’re pretty stable, we have these roofs over our head and this national identity now – that history is inscribed in us and constantly haunting and chasing us.

Fatimah: Our bodies are holding what our ancestors felt. If that was a pattern of flight, of, you know, we’re morphing in this pursuit of belonging. When that intersects with history, with a government, with a nation state that is really painful. I don’t believe in America and yet I do live in the government of America on stolen indigenous land. The way the West thinks about freedom as this individualistic pursuit. Actually, the root of freedom comes from ‘friya’ which is an indic root and it means beloved. The idea that freedom actually comes from being loved so strongly that you can do what you can do. It’s about kinship, about feeling belonging so that you can go and pursue the things you need to pursue. What do we belong to? What does being beloved mean to us? I don’t know these answers. So much of my work and my art is a pursuit of trying to understand where I come from so that I can understand my place in the world and where I belong.