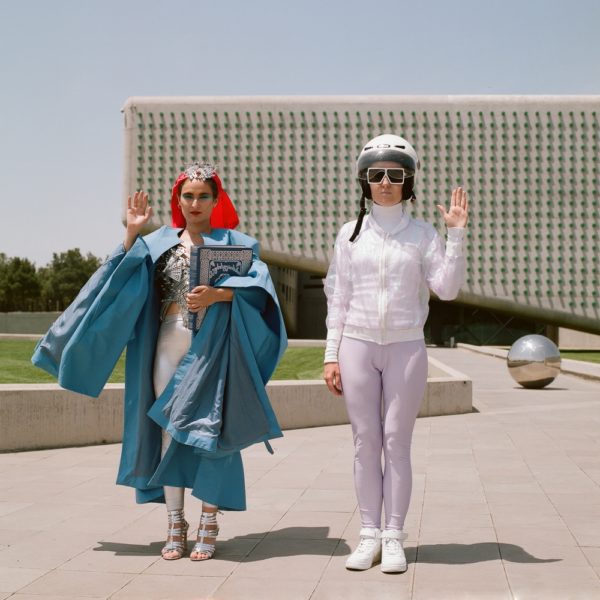 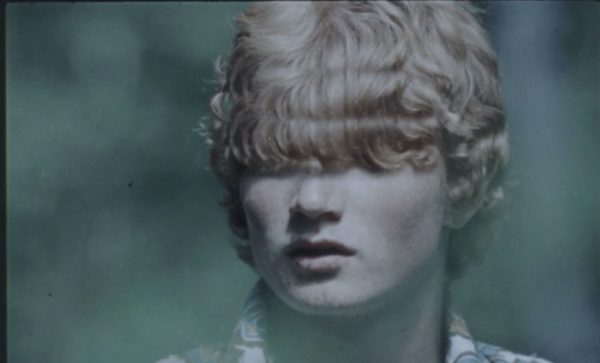 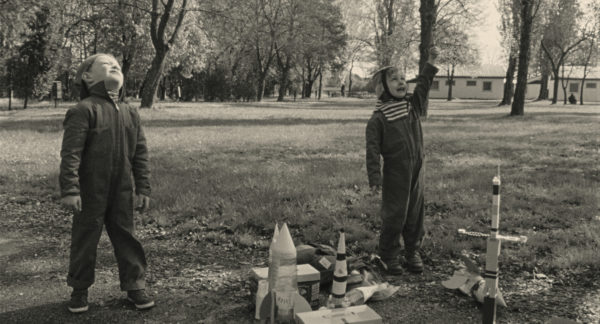 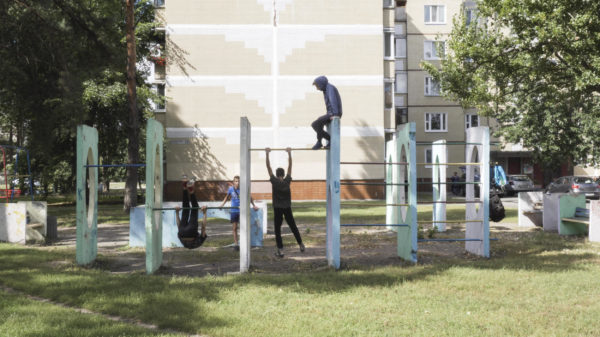 “I feel I have returned to a place so familiar, yet have arrived somewhere so alien.”
– Ingel Vaikla

The online video screening program Ghostly Embodiments presents ghostly as well as alienating artistic explorations of the utopian margins and exiled longings of post-socialist societies. The starting point of the screening program is Irina Gheorghe’s oeuvre. In her works, Gheorghe searches for a visual and gestural language of a missing experience, however, this search for an unknown quantity – or entity X – means a striking un/possibility, since its criteria and methods remain as hidden as they are enigmatic/mysterious. The process of approaching this fuzzy X confronts the recipients with illogicalities, ambivalences, repressed experiences and desires of collective origin that otherwise exist only on a subliminal level. The selected works by Ieva Balode, Josef Dabernig, Tibor Szemző, Sid Iandovka and Anya Tsyrlina, and Ingel Vaikla force a strategic decentering and alienation, i.e. viewing one’s own location from an extreme external vantage point, for instance from the distant future or through the lens of a non-human life form or materiality.

Ieva Balode opens the program with her sci-fi inspired work Commission (2020), which sets off in Georgia, where a medieval poet named Rustaveli wrote an epic entitled The Knight in the Tiger Skin (1196–1207). This book was written at the behest of Queen Tamar of Georgia, and in Balode’s video work becomes a cipher for the rewriting of world history as matriarchy. This is followed by a work by Hungarian composer and artist Tibor Szemző, entitled Invisible Story (2009), based on the significant volume of essays Invisible Story (Hungarian: Láthatalan történet, 1943) by writer and philosopher Béla Hamvas, who died in 1968. Tibor Szemző has the essay read aloud and overlays music and images from educational films on sports and natural sciences in the GDR, which audio-visually accompany Hamvas’ poetico-philosophical ideas. The video work Horizōn (2019), by filmmakers Sid Iandovka and Anya Tsyrlina, is a composition of archival news footage from their hometown in Sibiria and atmospheric sound. Many peculiar and suspenseful moments enter the picture: an inexplicable metallic glow emanating from Soviet machines, utensils, plants, and landscapes, as well as ideologically charged gestures, such as the presentation of a bouquet of flowers to a worker, are staged as genuinely alienating objects and situations. Josef Dabernig‘s video work Zlaté Piesky Rocket Launch (2015) is a déjà vu, an ironic allegory of the world’s intertwined bipolarity, the Cold War and the space race: two preschool-aged boys play with cardboard rockets inside and outside the 1970s hotel Flóra in Bratislava’s Zlaté Piesky recreation area. Their silent adult companions are part of the burnt-out creative class of the 2010s. As full-time PR staff, they edit the propagandistic text and image material of the infantile rocket tests. The work Double Exposure (2020), by Ingel Vaikla, concludes the video screening program and presents Slavutych, a town in northern Ukraine that was built for the evacuated workers of the Chernobyl nuclear power plant from 1986 to 1988. Until the last reactor block was closed in 2000, the majority of the residents continued to work in Chernobyl. Vaikla focuses on historical video footage from the city archives and on young men who train daily on unused clothing racks and on the cosmically designed playground facilities of this last Soviet nuclear city, listening to hip-hop and waiting for their future to begin amidst the post-utopia.