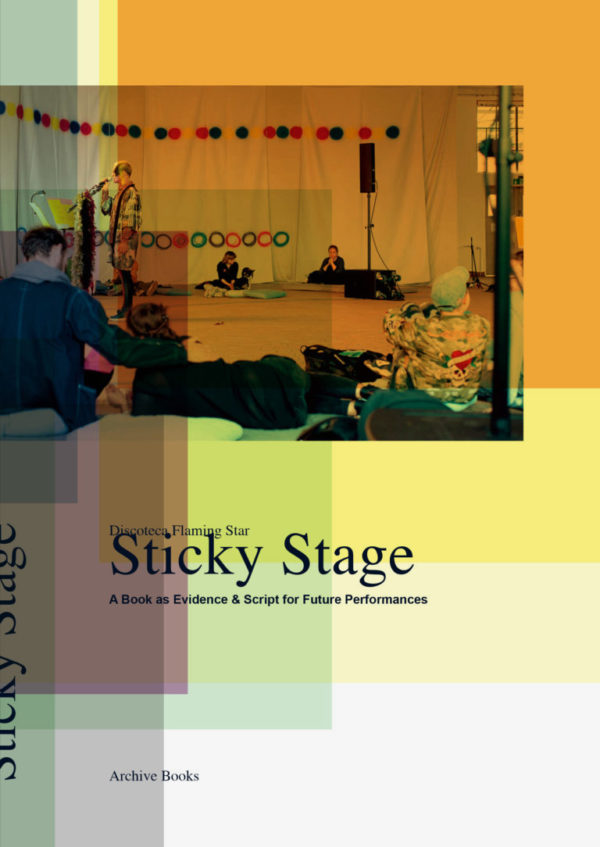 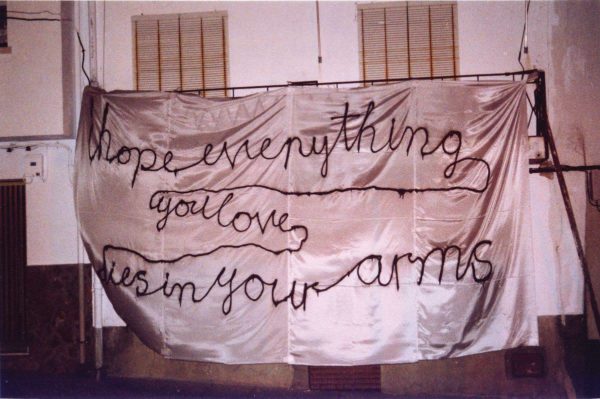 A Tier-Banner (or a new banner for TIER) and the screening of a collection of funny and glam and sexy and sad short films by Discoteca Flaming Star, made between 2002 and 2019.

Editing Spaces
One of the meanings of the word publication is to make something public. If the relations between local and global are regarded as a text that can be read through contemporary art practices, a pertinent tactic would be to substitute the idea of exhibition with publication. This means to understand exhibitions as narrative machines, as expanded books that can also unfold a set of other possibilities such as cross-temporal approaches, choreography of bodies moving through the extensive idea of text and support structures.
The work of the artists/curators invited to Editing Space develops from translations from texts to installations, from transitions between the written and the performative.

Supported by the program PICE of Acción Cultural Española

– A Book as Evidence & Script for Future Performances

The book on the dance floor of Arkaoda, surrounded by the films and the soundtrack from Sticky Stage. Starring – Discoteca Flaming Star, Archive Books, friends and guests.
Music by DJ Sara Pereira

Sticky Stage is an installation and a performance. It’s a rehearsal situation, carried by live music, including poems, songs, films and texts. Repetition of the songs. Repetition of the films. Reappearance of the very same and the familiar with difference, unfolding a space of strength and fragility. Sticky Stage is a temporary space within a dystopian landscape in which to take up our fatigue and our dreams in order to approach a tender imagination.
Sticky Stage is a lullabye and a dirge, a funeral and a birth.
Who will guard our dreams?

This book gives evidence to Sticky Stage, specified on the basis of the case study at DISTRICT in Berlin. It is a path for future performances.

This book is an archive of the performance and a documentation of what will be.