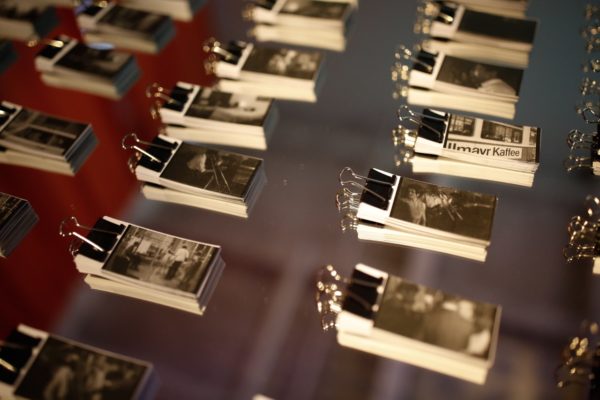 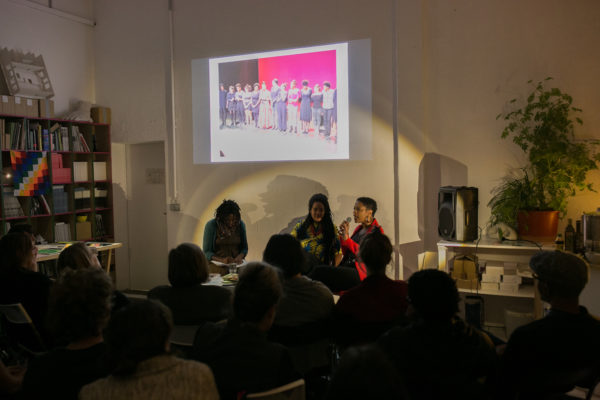 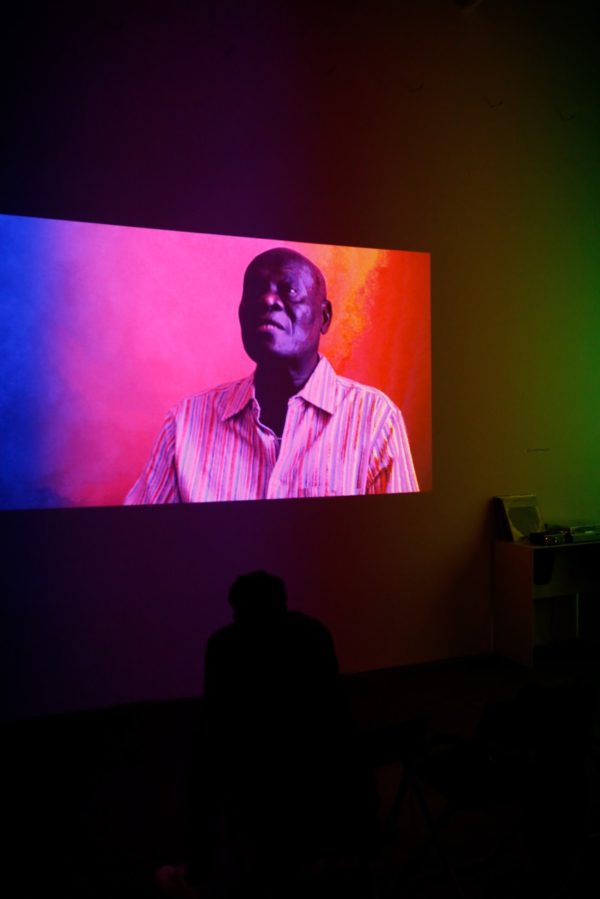 We are very pleased to announce the new District Studio Grant holder Karina Griffith. From February to July 2018, she will work at District on Decolonizing 68. Griffith conducts research on Black German film production around 1968, which has remained invisible in historiography. Based on the film They Call It Love (1972) by Ghanaian King Ampaw, she follows the footsteps of Black and PoC filmmakers* in order to expand the genealogies of Black Author Cinemas in Germany. In her project, she examines the decolonial role of the moving image and investigates how the apparatus itself can be decolonized. The Studio Grant was awarded by a diverse expert jury consisting of Silvy Chakkalakal, Katharina Oguntoye, Shanti Suki Osman, Suza Husse and Andrea C. Keppler.

As 2018 marks the fiftieth anniversary of 1968, we take this opportunity to tender the District Studio Grant 2018, I (February to July 2018) on a project-specific basis in order to engage with the student movement of the 1960s in Germany from decolonial and feminist perspectives. The aim is to question the production of history and to (re)tell the movements of that time from the perspectives of its anti-colonial, diasporic-feminist and black organizations. We would like to actively tackle the ongoing marginalization of this/these story/ies and their resistances and political demands within the constantly reproduced narrations of ’68’ with the co-production of artistic research and public debate under the working title Decolonize 68, borne of the intersectional alliance of the project Art of the Revolt // The Revolt of Art in the Frankfurt Student House and the Art Spaces District Berlin, Arsenal Gallery Poznan and alpha nova & galerie futura as well as Peggy Piesche, Gunda-Werner-Institut.

The films and installations of Karina Griffith explore the themes of fear and fantasy, often focusing on how they relate to belonging. Her interests include exploring  the intricacies of identity and the immigrant perspective while acting as a record of her family’s unique way of Caribbean Patois storytelling. During Ballhaus Naunynstrasse’s Black perspectives festival We Are Tomorrow: Visions and Retrospection on Occasion of the 1884 Berlin Conference, she moderated artist talks and co-facilitated a special edition of the Kiez-Monatsschau together with Amanda Mukasonga and Sebastian Fleary. In 2017 she curated the 3-month long festival Republik Repair: Ten Points, Ten Demands, One Festival of Reparatory Imaginings from Black Berlin. Inspired by CARICOM’s 10 point plan for Reparatory Justice, the festival invited over 100 artists, performers and community leaders to interpret the 10 points through theatre, performance, installation, film and panel discusisons and create a living manifesto for Black citizenship in the city.

Griffith’s work has been show at the juried show Emergence 2014: International Artists to Watch at Galerie Mytris, the Normal Null/learn to swim exhibtion (curated by Sibylle Hofter and Sven Eggers), Hebbel Am Ufer (with the Trampoline Platform for New Media Art), alpha nova & galerie futura (with Lerato Shadi and Melody Laverne Bettincourt), the Institut für Alles Mögliche (with Bettina Semmer, Patricia Grove and Nine Yamamoto) and has screened at the Lausanne Underground Film & Music Festival, MASHRome Film Festival, the Antimatter Media Arts Festival and the Trinidad and Tobago Film Festival among others.

She is a PhD candidate at the University of Toronto’s Cinema Studies Institute where her research on Black authorship in German cinema interacts with theories of affect, intersectionality and creolization. She has written for Women in German Studies’ Special Online Section on Race and Inclusivity, Berlin Art Link and Shadow & Act. Griffith has been invited to presents her moving image work and research at conferences including Gender, Affect, Neoliberalism: The Realist Turn in Contemporary German/European Cinemas (Freie Universität Berlin), Returning the Gaze II: Stories of Resistance (ERIF, Universtiy of Innsbruck), Minority Discourses in Germany since 1990: Intersections, Interventions, Interpolations (Universtiy of Massachusetts Amherst), and the Film Studies Association of Canada. Her practice has received support from the Canada Council of the Arts and the Saw Video Media Art Centre.