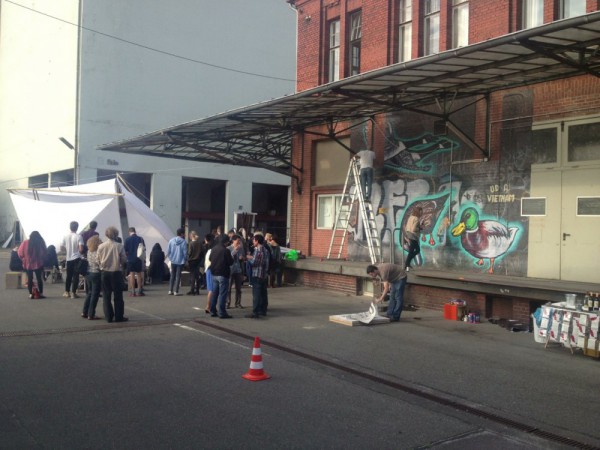 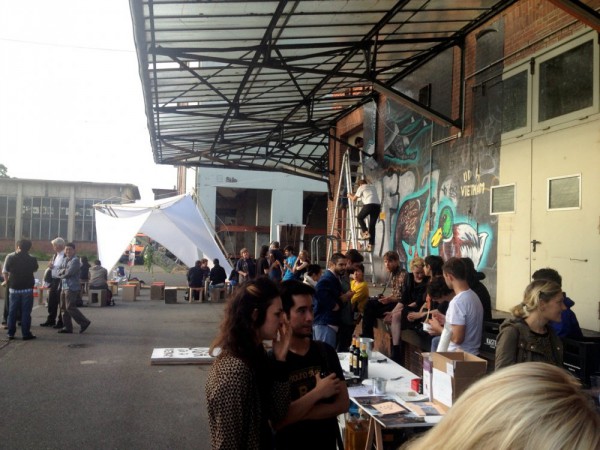 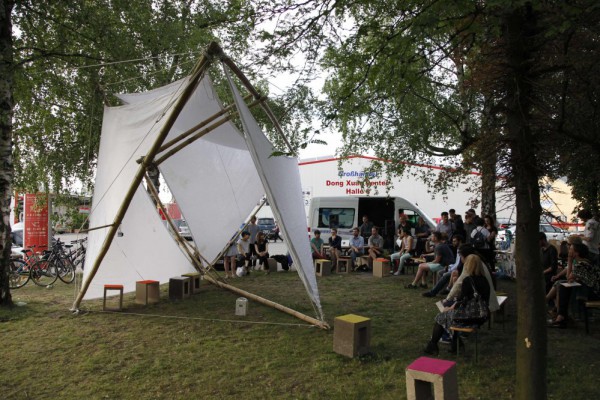 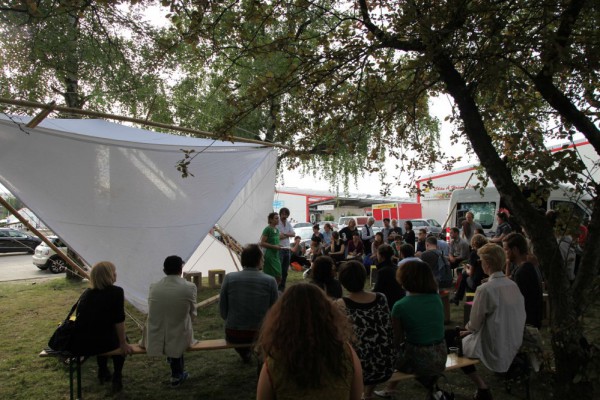 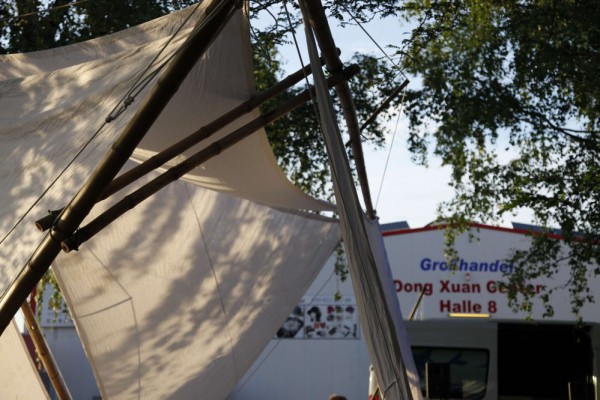 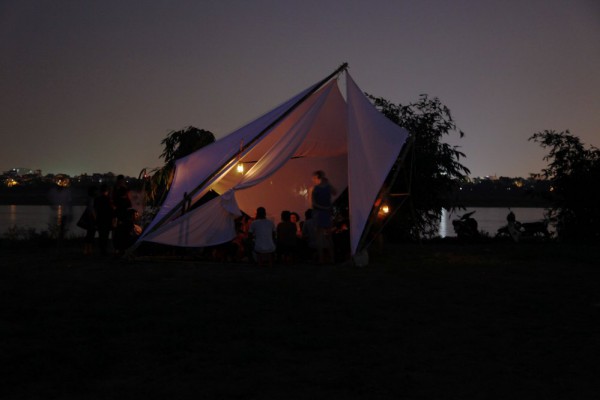 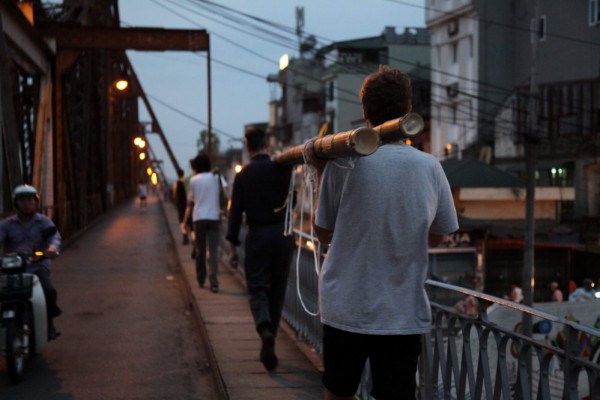 The Mobile Academy is a moveable facility for knowledge production and exemption, established by art students in the class of British artist Simon Starling. After its first stations in Hà Nội, Hội An and Sài Gòn, Mobile Academy in collaboration with District is now visiting Bá Linh for the two-day symposium ổn định động. Taking place at Dong Xuan Center in Lichtenberg (3 July) simultaneously with the exhibition opening by Vietnamese artist Tran Luong at District in Tempelhof (4 July), the art symposium introduces unusual formats of learning from and about Vietnam in Berlin. In interstices between different homeland narratives, ổn định động links contemporary accounts from Vietnam with artistic reflections on the culture and everyday life of Vietnamese diaspora(s) in Berlin. dissident movement

The title, ổn định động, translates as moving firmness or stability from movement and derives from the famous poet and member of the Nhân Văn-Giai Phẩm dissident movement, Lê Đạt’s (1929-2008) meditations on philosophical consequences of the “uncertainty relation” at the basis of quantum physics. His interpretation sees the theory developed by Heisenberg as impetus for overcoming traditional antagonisms of a deterministic world view. Consequently, he formulates the position ổn định động of as a possible resort from the rigid dichotomies at the basis of ruling ideologies and philosophies of science. “Thinkers have to learn to dance”: In his proposed “third position”, he characterises the incorporation of a new logic. Similar to cultural theorist Sarat Maharaj, who describes the struggle for common meanings as a process of different aggregate statuses, which can only set in if separate parameters begin to merge, Lê Đạt understands ổn định động as a state of tense lightness, emerging from recognition and mobile convention with the Other.

The Mobile Academy applies itself to the principle of ổn định động in an attempt at a spiritual attitude, a matter of spatial construction, and a form of collaborative knowledge production. The tent architecture of the learning venue has been developed together with architects and craftspeople in Hòa Bình near Hà Nội in a combination of traditional bamboo construction and Tensegrity, an architectural principle in which framework is held together by tensile stress. Throughout the journey of the Mobile Academy, from the North to the South of Vietnam in March and April 2013, local experts from the fields of culture, history, politics and the everyday were invited into this tent to share their experiences and ways of thinking and working with each other as well as with students, guests and neighbours. Inspired from and parallel to this, students and local artists developed individual or collaborative works, such as films, graffiti, performances, photographs, texts and drawings, which are now being presented in Berlin.

The tent at District and at Dong Xuan Center functions at the same time as material “memory” of knowledge collected in Vietnam, as a display of works developed there, and as a mobile space of discourse, stage and communion. At the ổn định động symposium, occasions are created for the production and communication of intercultural knowledge. Lectures, concerts, film presentations, performances, video screenings, discussions and workshops offer various starting points for involvement with the interesting and complex actuality and history of Vietnam and the Vietnamese diaspora(s) as part of Berlin’s urban community.