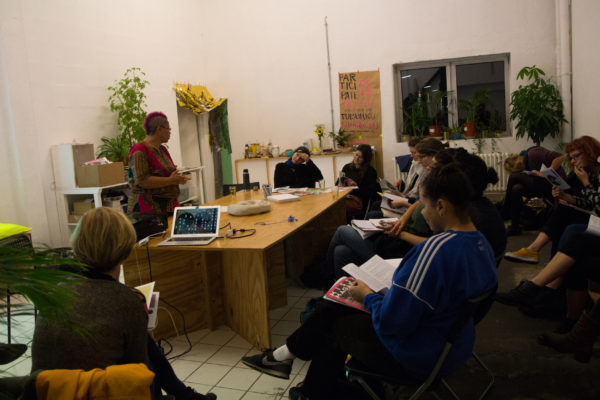 Workshop  in the framework of Revolt she said

Anti-colonial (liberation)movements and their demands for independence, self-determination, and against colonialism and racism decisively shaped the protest and resistance movements in the Federal Republic of Germany. They were directly related to the struggle for the social equality of men and women, as well as the protection of ethnic minorities. In this workshop, through historical materials from newspapers, publications, and other ephemera, a mapping of the discourse of the relationship between sexual self-determination and anti-colonial (liberation) movements at that time will be created and the question of the emancipatory concepts negotiated therein will be pursued.

Revolt she said is a cooperation by alpha nova & galerie futura and District Berlin.