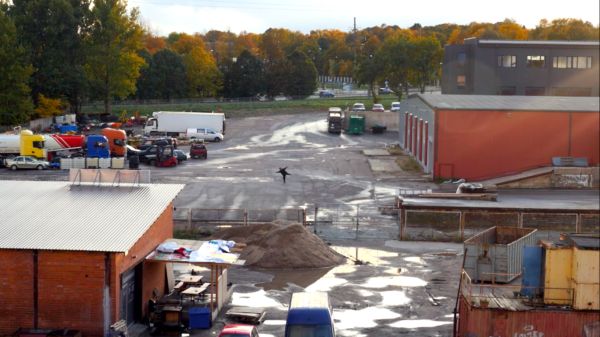 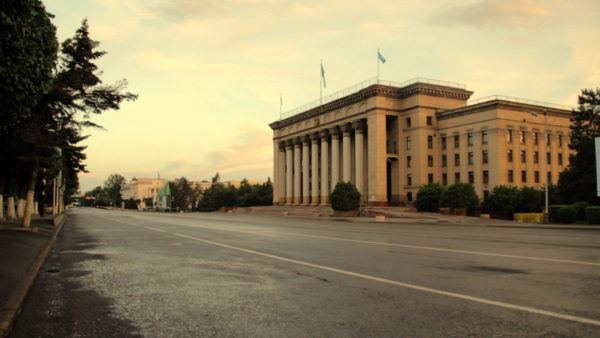 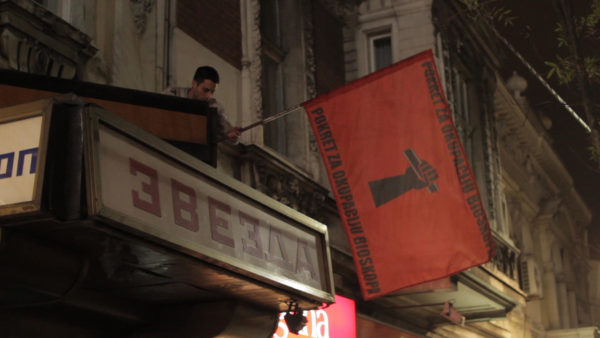 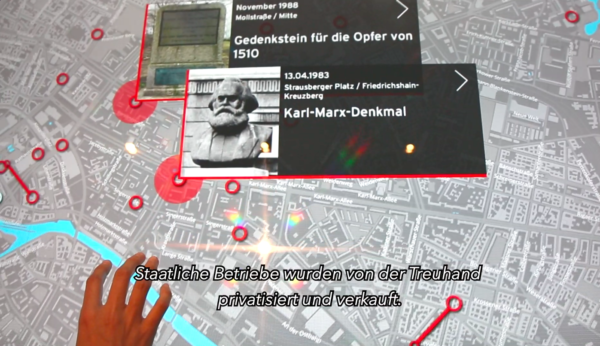 “Who owns the city?” and “Who is allowed to live and who has to die?” (Achille Mbembe 2019): these existential, spatial-ideological questions reverberate in urban infrastructures, architectures and not least in citizens’ and non-citizens’ bodies. Space Ideologies is a one-night screening program that investigates processes of privatisation and economisation in post-socialist cities such as Almaty, Belgrade, Berlin, Moscow, and Tallinn. From ruined investment properties and anonymous dancers in Tallinn’s port area (Flo Kasearu), to ghostly urban landscapes reflecting the social exclusion and disconnection of trans*women in Almaty (Ruthia Jenrbekova & Morris Getman), to near-deadly labour conditions and structural racism experienced by migrants working under vigilant algorithmic tracking at the Russian courier and taxi service-platform Yandex (Anna Engelhardt), it becomes evident that since the 1990s, precarious bodies have been exploited to create neoliberal infrastructures. The final videos may symbolize ‘flashes of awakening’, ruptures in the tissue of neoliberal space ideologies: an engaging documentary about cultural activists who occupied a cinema in Belgrade, creating a temporary micro economy (Senka Domanović), and a filmically compressed, 24-hour performance project in front of Berlin’s contested Ernst-Thälmann monument touching on the political leader’s legacy (A.S.S. Collective). In response to the program, artists Mizu Sugai and Jonathan Jung of A.S.S. Collective, who work at the intersection of social, political and artistic practices, will discuss their work and introduce their new fields of research.

This event takes place in the context of SOFT SOIL II/III Beyond emergency. It is a project by Jennifer Bennett, Sonja Hornung, Vicky Kiefer, siddhartha lokanandi and Sonya Schönberger, organized by the neue Gesellschaft für bildende Kunst, Berlin.