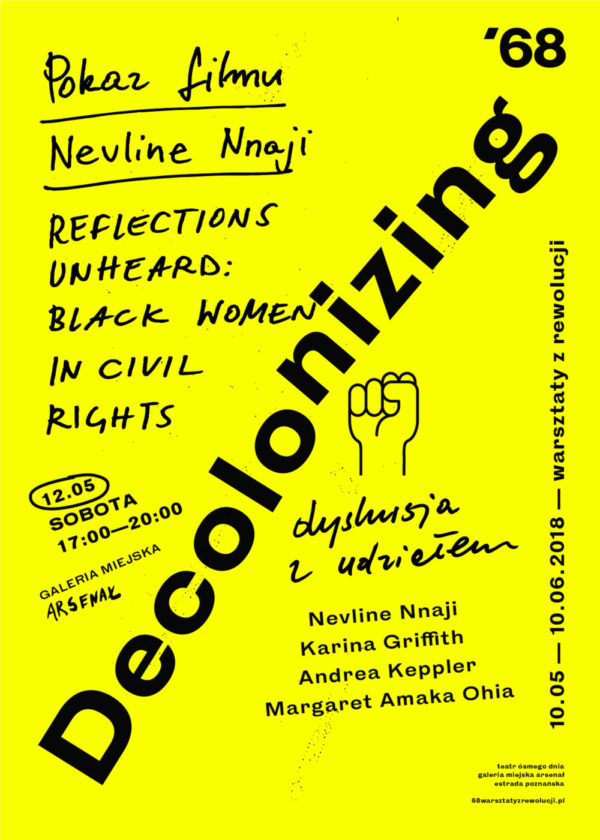 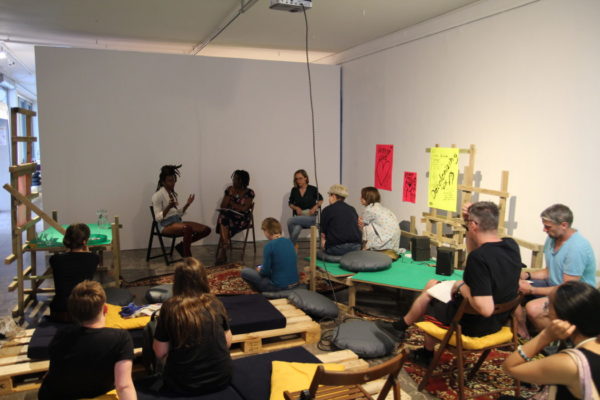 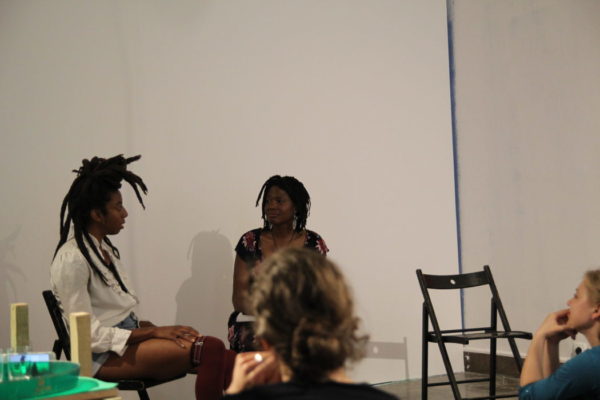 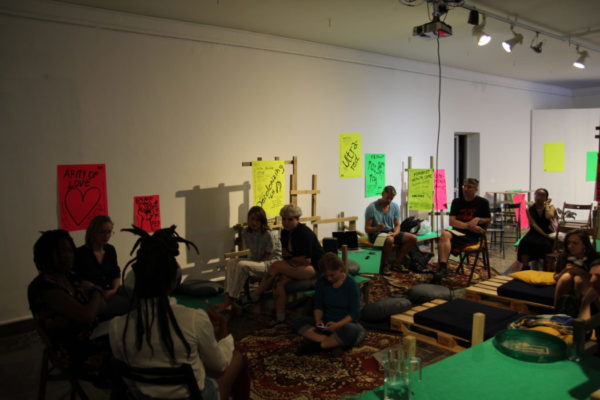 Some practices of resistance are obtruded by the dominant historiography.

With Decolonizing 68 we would like to question the production of history and to (re)tell the movements of that time from the perspectives of anti-colonial, diasporic-feminist and black organizations. The civil rights movement in the United States, as well as the liberation movements and the process of decolonization in the former colonies, were an inspiration for POC activists in Europe in and around 1968. International, diasporic, POC and Black students were among the first to mobilize protests against state violence and injustice in Europe, North America and beyond. Black women played a significant role in the struggle for Blacks’ and women’s rights, but were marginalized because of their gender in the former and their class and colour in the latter. In the film screening of Reflections Unheard: Black Women in Civil Rights (2012) by Nevline Nnaji, followed by a discussion with Margaret Amaka Ohia (University of Wroclaw, Poland), Karina Griffith (filmmaker, artist and curator, Berlin) and Andrea Caroline Keppler (curator, District Berlin) would like to address these transnational and intersectional conditions of 1968.