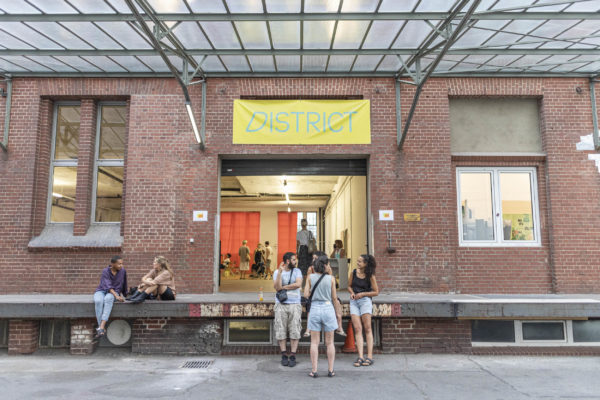 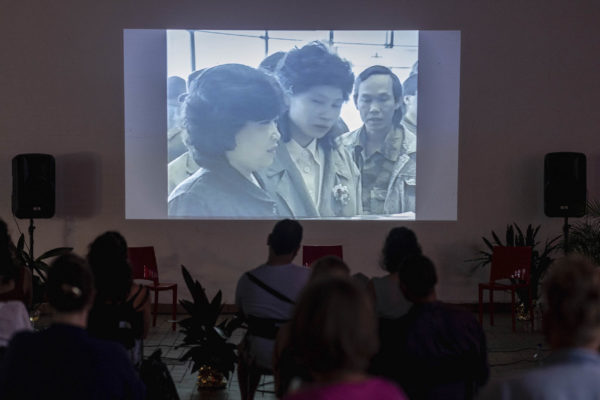 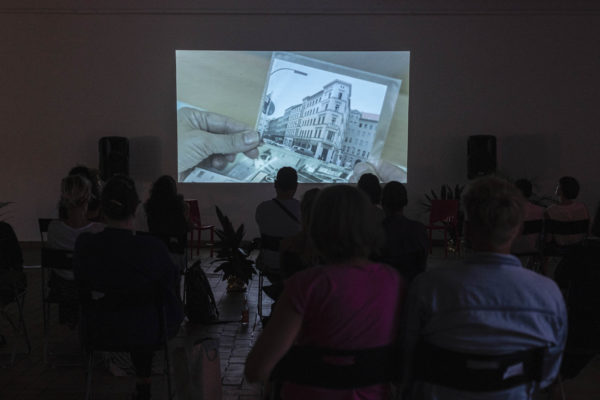 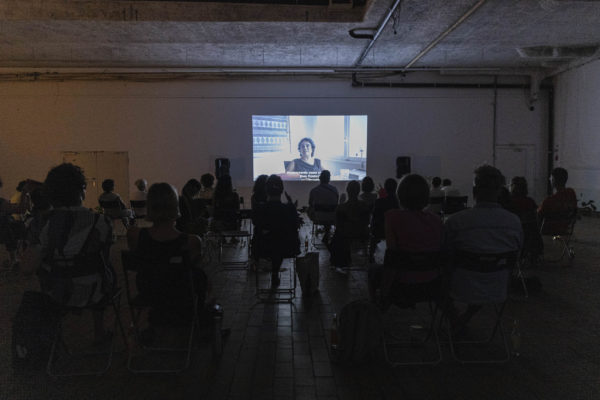 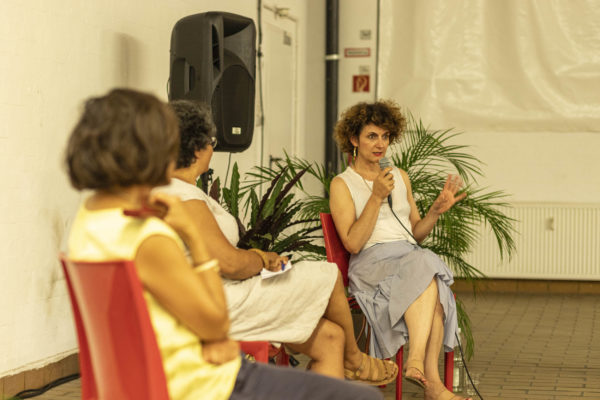 For migrants and migrantisized people 30 years of German-German unification rather means 30 years of exclusion. We take this anniversary as an opportunity to gather and make visible these marginalized perspectives on German history. We ask: Who lived under the shadow of the wall? and invite the protagonists and contemporary witnesses Gülriz Eğilmez, Angelika Nguyen and Nivedita Prasad to talk about their experiences and memories. They lived on both sides of the wall and belong to different generations.

Three closely related filmic works and contemporary documents extend their stories: Bruderland ist abgebrannt (1991) by Angelika Nguyen, is a pioneering work that has become part of the post-migrant canon. In it, Nguyen documented the stories of Vietnamese contract workers in the GDR, whose state contracts lost their validity with the fall of the Wall. The film also addresses the everyday racism of the time and structural exclusion.
In Die Mauer ist uns auf den Kopf gefallen (2018) by Diane Izabiliza, Women* of Color talk about the German reunification and its impact on their activist and political work, how it strengthened Black alliances between East and West German women* and how it led to the founding of many associations. In the interviews Mit offenem Blick | Açık bakışla – Migrantische Perspektiven zur Erinnerungskultur des Mauerfalls und der Wendezeit Gülriz Eğilmez and Alexandra Weltz-Rombach compile the experiences of migrants* who experienced reunification and the so-called fall of the wall in and around Dresdener Straße in Berlin.

Gülriz Egilmez (*1973) works on projects in Berlin.
“My political socialization in Berlin in the 1990s was marked by the rise of racism and xenophobia during the period of reunification. The inclusion of the migrant experience in the culture of remembrance around the fall of the Wall and reunification is an important contribution and an opportunity for the FRG to pay due tribute to the migrants who see themselves as part of this society for their participation in an open, diverse and inclusive Germany.”

Angelika Nguyen, born 1961, grew up in East Berlin as the child of German-Vietnamese parents, studied film in Babelsberg, made the documentary “Bruderland ist abgebrannt” in 1991, wrote the essay “Mutter wie weit ist Vietnam?” about racism during her childhood for the anthology “Kaltland” (2011 Rotbuchverlag), works as an author, presenter, film journalist, is a member of korientation e.V. and the board of trustees of the House for Democracy and Human Rights.

Prof. Dr. Nivedita Prasad is a professor at the Alice Salomon Hochschule in Berlin, where she directs, among other things, the master’s programme “Social Work as a Human Rights Profession”. She has been working on the topic “Making BiPoC perspectives visible” on an academic and activist level since the end of the 1980s. At the beginning of the 1990s, she was decisively involved in shaping BiPoC spaces for women in Germany; she co-organised the first and second nationwide congress for Black and migrant women, women living in exile and Jewish women, and documented it together with May Ayim.