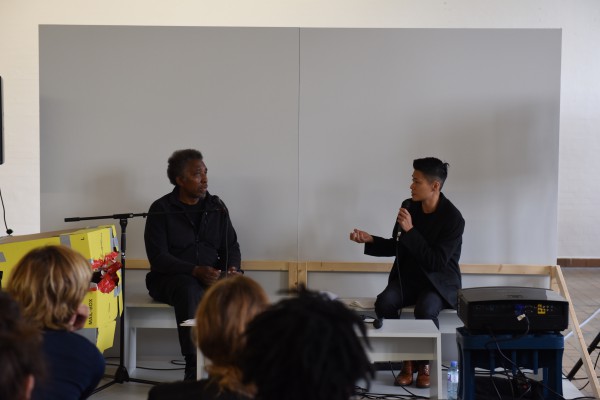 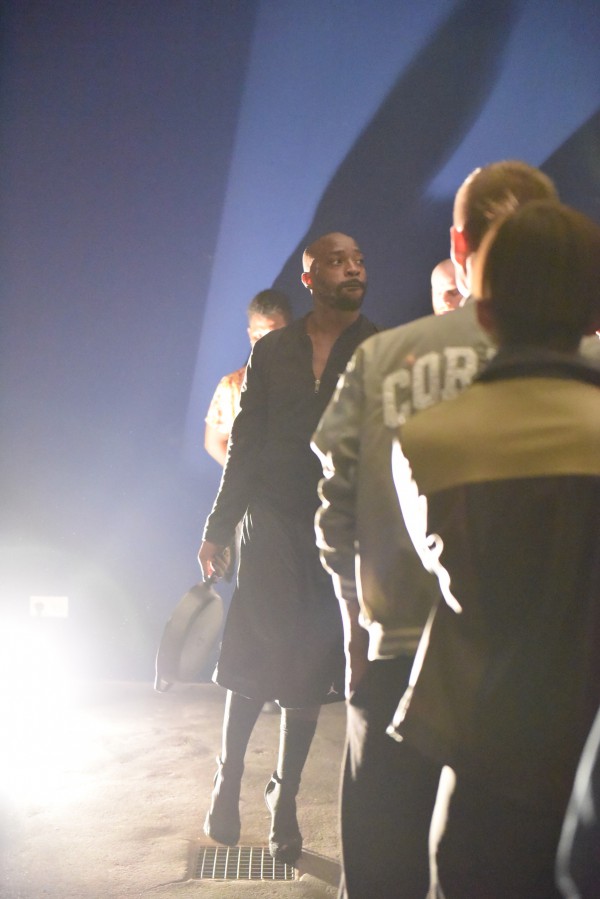 On the penultimate day of the exhibition KLASSENSPRACHEN at District Berlin, we celebrate the release of issue #0 of our eponymous magazine (with contributions by, among others, Cultural Capital Cooperative Object, Hans-Christian Dany, Övül Durmuşoğlu, Sarah M. Harrison, Christiane Ketteler, Rachel O’Reilly, Susanne M. Winterling, and artists from the exhibition). A day of talks, discussions, a performance and a party will conclude KLASSENSPRACHEN in Berlin, whose next iteration will open in November at the Kunstverein für die Rheinlande und Westfalen in Düsseldorf.

In his talk, Frank B. Wilderson III will fundamentally question the negatively defined concept of class that has been central to the exhibition and debates programme of KLASSENSPRACHEN. One of his starting points in this respect is the history of the Black Liberation Army as an anti-systemic movement whose militancy exceeds the boundaries of modern political subjectivity (unlike, e.g., the RAF). Wilderson will discuss how the historical development and consolidation of class as bearer of Communist Revolution is based on a notion of political freedom that always already presupposes and excludes the black as slave. The modern notion of freedom that underlies the subject of labour finds its counterpart in slavery, rather than being located beyond it. Moderated by Kathy-Ann Tan, Wilderson will specify his theses in relation to a medium that has assumed its own particular place in his work and which, at the opening weekend of KLASSENSPRACHEN, Juliana Spahr and Monika Rinck have designated the site of a fundamental reconstruction of individuating thought: the poetic.

Frank B. Wilderson, III is a writer, poet, scholar, activist and filmmaker. He teaches Drama and African American studies at the University of California, Irvine. His fiction and creative prose, as well as his critical and scholarly work, have been published internationally and include Incognegro: a Memoir of Exile and Apartheid (2008), Red, White, & Black: Cinema and the Structure of U.S. Antagonisms (2010) and “The Black Liberation Army and the Paradox of Political Engagement” (2014).

Kathy-Ann Tan works as a literary scholar at the John F. Kennedy Institute of the Freie Universität Berlin. Her latest publications include Reconfiguring Citizenship and National Identity in North American Literary Imagination (2015) and, previously, The Nonconformist’s Poem: Radical “Poetics of Autobiography” in the Works of Lyn Hejinian, Susan Howe and Leslie Scalapino (2008). In her current research project, Tan explores “The Aesthetics of Decolonization”.

The allegedly neutral and standardized “work description” is ubiquitous in relation to art works: We encounter it in wall texts and on labels, in criticism and essays, and in the context of art education activities. Mostly, it is considered a necessary evil, a means to an end (namely, criticism or praise), a somewhat dull reflection of the work proper or tedious groundwork for the shaping of opinion. Conversely, one may claim work descriptions as the foundation of any communication about art: What they acknowledge or ignore, how they evaluate and structure, which (language) barriers they create or remove, determines access to the work in question. Johannes Paul Raether and Tanja Widmann will describe to one another a “work” of their choosing and respond to the descriptions of their respective counterpart. Neutral text turns into confrontational dialogue.

keyon gaskin prefers not to contextualize their performances with their credentials.

“its not a thing is an anti-theatrical solo performance problematizing trends in contemporary performance. With the work gaskin poses questions around the ‘multifarious nature of care and opacity.’ (…) undermines the roles of performer and spectator challenging our rules of engagement. The work is a punk gesture. It is not your typical theatrical experience and that is the point”
– Ben Pryor, Curator American Realness, NYC

10 pm Party with music by Jane D and Skrait