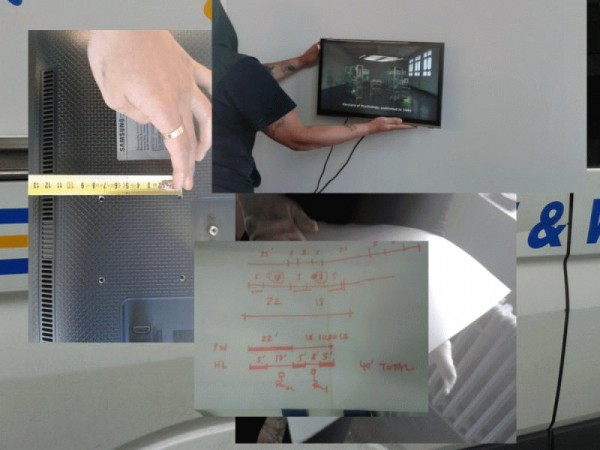 During the construction phase of Klassensprachen, District’s production team, under the name of MC Baustelle (MC construction site), produced eight audio tracks that could be listened to in the exhibition. Here sounds and conversations from the construction site, but also autobiographical references to class and working conditions, became intertwined.

The tracks from MC Baustelle can be listened to here.

In a second workshop on class, identification and conditions of production, MC Baustelle was expanded by new voices which contribute to the dialogue with their own impressions of the exhibition. Who speaks and in what way? The multiple languages and fluid identities of visitors and participants are raised and cross-read with the exhibition.

MC Baustelle II can be listened to here.

Shanti Suki Osman is a musician, educator and researcher, working with radio and sound.
Anna-Lena Wenzel writes texts and art criticism, produces radio shows and works as a reviewer of exhibitions.