Act IV: French Kisses – On Tips of Tongues, and Feelings as Taste 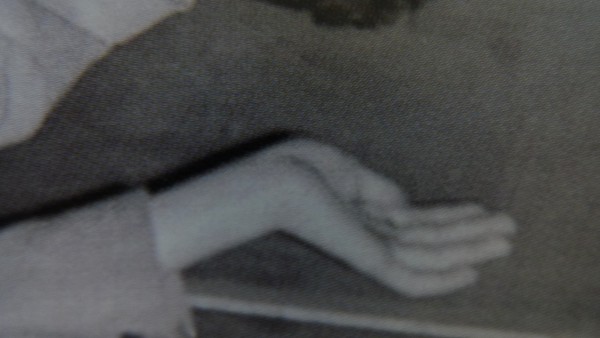 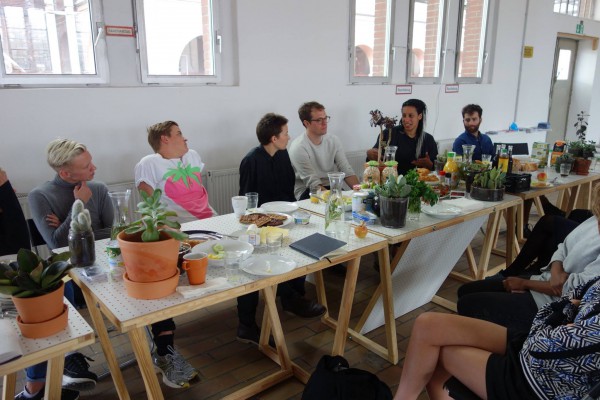 On Tips of Tongues, and Feeling as Taste (Performance by Fred Hystére and Olive Michel), District Kabinett, Photo: Maria Guggenbichler

On Tips of Tongues, and Feeling as Taste (Performance by Fred Hystére and Olive Michel), District Kabinett, Photo: Maria Guggenbichler

French Kisses – On Tips of Tongues, and Feelings as Taste

All events in English

** Please RSVP until 15 September to people@sideroom.org to sign up for the events on 17, 19 and 20 September

Is it us who touch the tones or is it the tones touching us? A collective listening session with blacklight and non-newtonian fluids. Through the nightmares of reduction, the dreams of queer seduction, the staying-in-touch and letting go. Of ringing bodies, the languages of joy and fluidifying modes of representation. Hearing as a way of touching distance, distance as a way of listening closely.

For a B2B DJ set two or more DJs play together. The DJs play in turn, sometimes song by song. The DJs complement each other; it is a form of collective and dialogical DJ mixing. For French Kisses we extend an invitation to everyone to play kissing songs, songs to kiss to, songs that make people kiss, songs that are kisses, and kisses that are songs.

We are joined by queer, feminist arts magazine GIRLS LIKE US, who will celebrate the launch of their new issue with us. The new issue’s theme is the body and it features K8 Hardy, Babette Mangolte, Hannah Black, Jessy Darling and Marianne Wex, amongst many others. New York based artist, and fame of Berlin’s greatest Kotti-Shop, Annette Knol, who is a contributor to the issue, will show materials of her ongoing research of Lesbian Hands.

Intimate afternoon seminar and conversation with writer and artist Hannah Black. For this seminar Hannah Black will offer thoughts that are a point of departure for a conversation that interweaves intimacy, taste and theory from black, feminist and communist traditions.

Giving and Receiving with Andreea Pavel/D.R.E.E.A.**

A special early evening listening session that guides us through Pavel’s world of nightlife anecdotes, thoughts and music notes. Food and drinks will be provided.

Time: 19 h
Location: will be announced after registration

The Institute for Endotic Research facilitated by Lorenzo Sandoval**

During this event Lorenzo Sandoval gives us an insight to the activities of the Institute For Endotic Research. TIER looks to the imperceptible of the everyday life, to the visible but hidden details of the space and gestures of the bodies around us. It rescues the astonishment from the forgotten obvious, trapped by its naturalization.

Ohne Pointe, holding hands if you want to.**

Amal Alhaag and Maria Guggenbichler facilitate conversational events for, with and about intersectional feminist, queer, anti-colonial discourse and practices. Since 2014, their collaboration takes the shape of an independent room called “Side Room”, which explores methodologies of radical empathy.

The Side Room is an actual side room of the brewery and bar Butcher’s Tears, which friends of Amal and Maria run in Amsterdam. It facilitates intimate and ongoing conversations and collaborations; gatherings, listening, learning, experimentation, doubts, critique, musings, and doings. It practices an understanding of art and culture which analyses, reflects and intervenes in personal, social, cultural, representational and political topics.

The formats of Side Room events vary and range from reading groups, to workshops, to consciousness-raising groups, to parties, film screenings, to non-sense events and absurd rituals. All these events have in common that they seek to investigate methodologies of radical empathy; they aim to nurture critical knowledge production and its rampant sharing, (re-) mixing and use.

Max Göran is an artist currently living in Berlin, having a long distance relationship with his soulmate Josefin Arnell (Amsterdam): the other half of HellFun: a duo practice/training in meaning making and friendship. (“Brave and pathetic is better than drowning in shame.”)

Fred Hystère/Anna Frei lives and works in Zürich. She worked and works in collaborative art- and music projects, as a freelance graphic designer and as conceptrice of publications and editions (Edition Fink, Les Complices*, OOR Editions…), gives weekly Risograph workshops, organizes and curates several discursive experimental audio formats and concerts, and is a passionate vinyl-researcher and DJ. In 2014 she’s co-initiated OOR (One’s Own Room), a record- and art bookstore, soundspace and sound related production context that is collectively run in Zürich. The OOR Saloon Series seek to create collective and discursive spaces for negotiations of emancipatory, contemporary artistic practices related to sound.

Olive Michel lives and loves in Marseille. Involved into several collective writing and performance practices on passing, passing names, naming, intimacy and the politics of dissolving.

Hannah Black is an artist and writer from London, now living in Berlin. Her work draws on autobiographical fragments, pop music, and theory from black, feminist and communist traditions.

Lorenzo Sandoval lives and works in Berlin. His practice is situated between art, curation, architecture, writing and editing. Sandoval combines tools from those different fields to generate platforms for encounters and discursive sites that work under the idea of spatial storytelling.

Andreea Pavel alias D.R.E.E.A. is an independent writer, organizer and DJ based in Berlin. Pavel plays music, writes and organizes events on the intersection of countercultures, global sounds and fashion.

The project French Kisses developed out of the Open Call Queering TASTE: The art of failure is not hard to master / though it may look like a disaster and is realized as Act IV of the District series Curatorial Practices: Fields and Techniques. It called for two project contributions to explore the relationship between art, education and research from the vantage point of artistic methods which involve collaborative scenarios for shifting dominant affinity networks. The Art of Losing described by poet Elizabeth Bishop offered an open frame of reference for ways of learning that feed from un-disciplinary modes of ‘getting lost’ off the established paths and strongholds of ‘correct’ knowledge, searching for such de-localisations and proposals for artistic knowledge production beyond institutional infrastructures.

Curatorial Practices: Fields and Techniques is a project series on current developments, problems and methods of the curatorial initiated by curators Susa Husse and Michaela Richter at District Berlin in 2014. Through the combination of curatorial gestures and specific workshop formats in the form of so-called Acts the series provides a platform for the reflection and reconsideration of curatorial approaches, attempts and attitudes in light of current developments. A long-term goal of these regular encounters and surveys in different formats is the lasting promotion of actual methods of artistic and cultural work that challenge established doctrines and policies by formulating extended, informal, speculative, experimental, dedicated, situated and critical points of views.