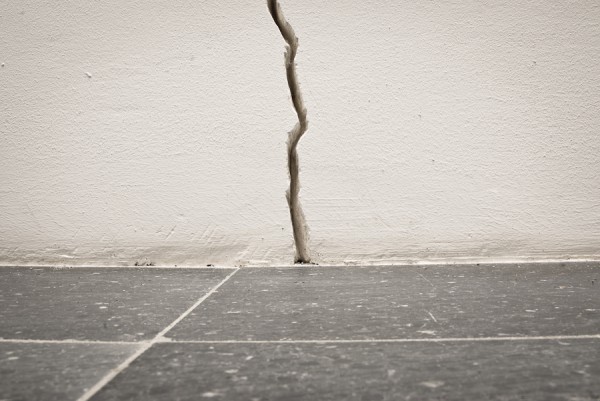 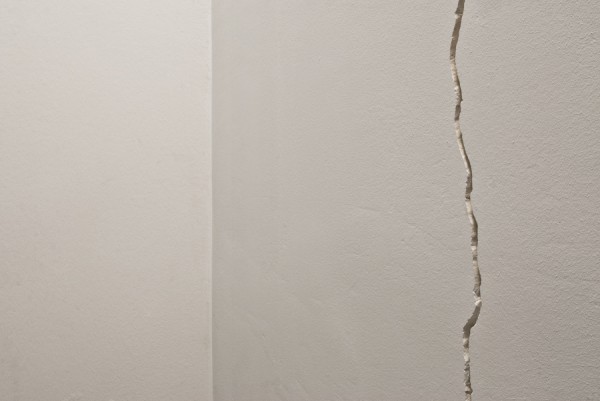 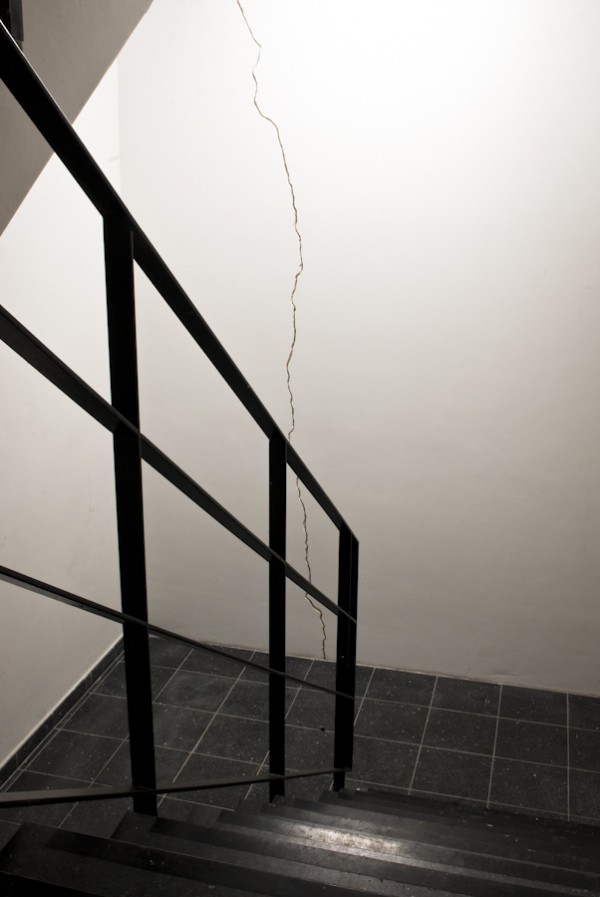 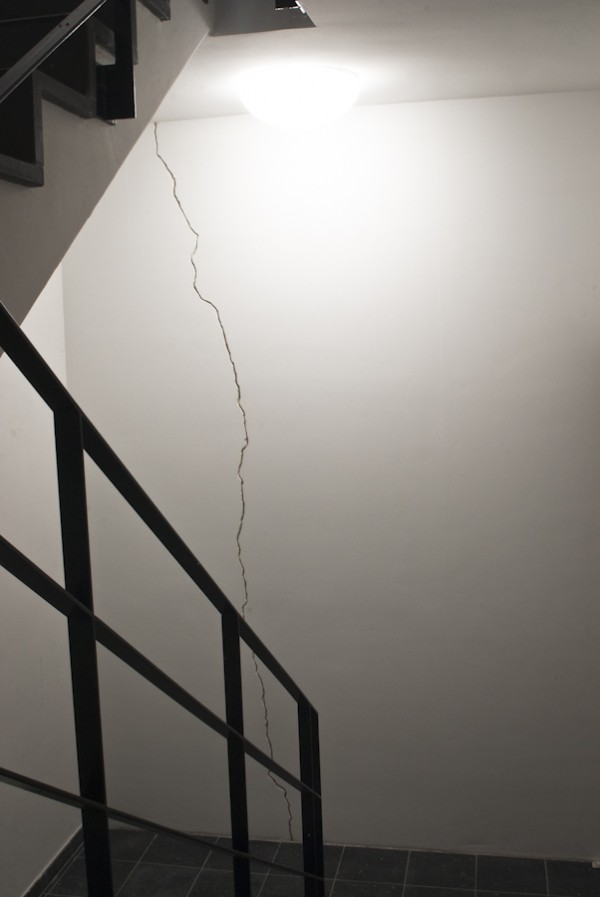 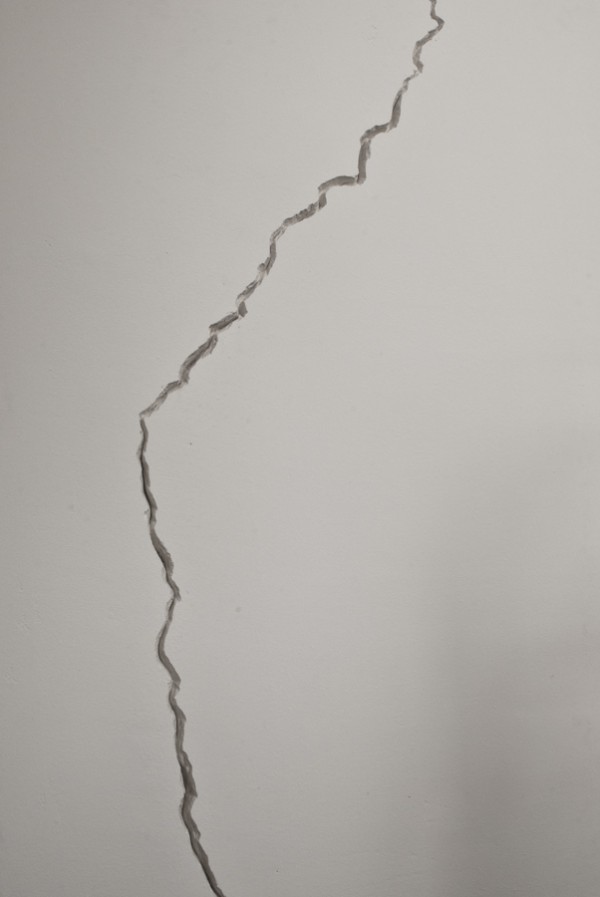 A crack, a line, a negative sculpture, a splintering imprint, a tremor stretching across the six levels of the office building. Alongside the fissure of the staircase wall, a landscape of difference, a trace of motion, unraveling the solid structural shell, opens up subcutaneously.

On occasion of the opening of Line of Least Resistance, an accompanying script will be published, documenting the choreography of ascent and descent along the rift, by Elisa Ricci, Frey Faust, Holger Hartung and Francesca Pedullá.

Laura McLardy (*1984, London/UK) studied Fine Art and History of Art at Goldsmiths, University of London and participated in the Institut für Raumexperimente (2009-2012), an educational research project by Olafur Eliasson. She has worked on various publications and has been publishing her series Points in Line since 2012. Exhibitions include: Movement Matters, Kunstverein Göttingen (2014), Berlin Art Prize 2013, The Great World Fair – The World Is Not Fair (2012), Raumlabor and HAU, Berlin (2012), Without Destination, Reykjavik Art Museum, Reykjavik (2011). She has undertaken a research stay at AZ WEST (Institute for Investigative Living by the artist Andrea Zittel) in California, USA (2012) and been awarded a residency at Akademie Schloss Solitude (2013).