Friederike Hamann: Constellation I and II 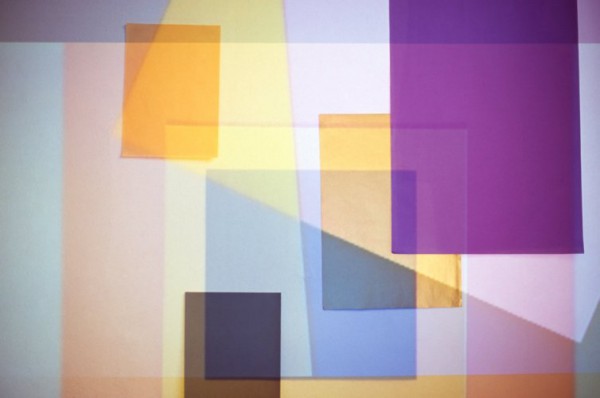 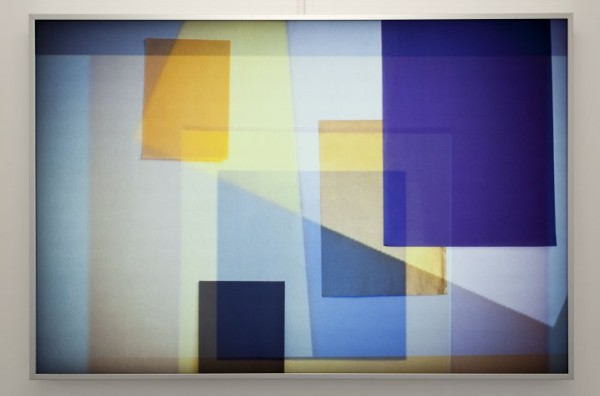 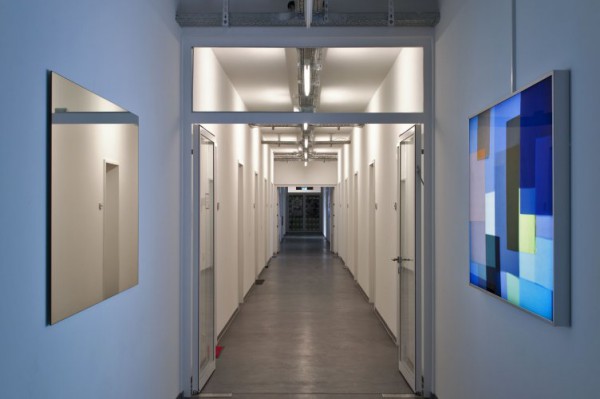 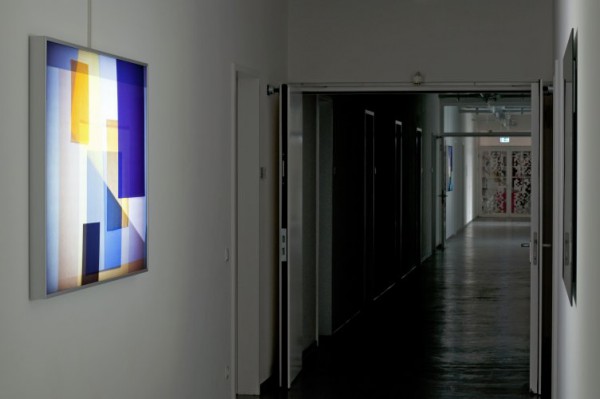 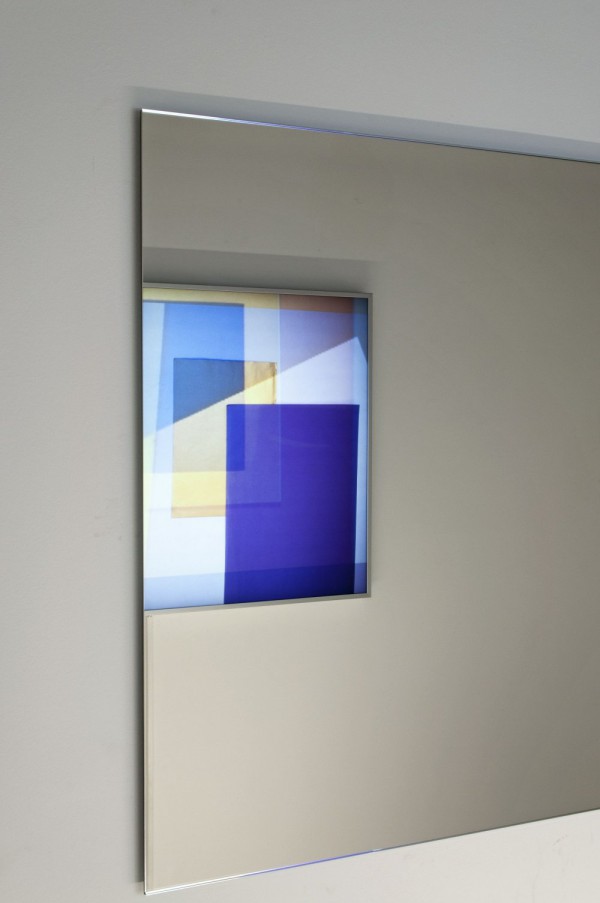 Opening hours: in accordance with our current office hours

“With every gust of wind,
the butterfly changes its place
on the willow.”

Friederike Hamanns Installation Constellation I and II, the sixth project in the series AAArchitecture, has been developed fort he second floor of NEXT, a building by architect Jürgen Sawade from 1994 which is now part of the Malzfabrik ensemble.

The light moves, time passes slowly, imperceptibly, and changes the room–through a gradual, mundane movement of light shadows, contrasts and colors are shifting. Barely noticeable, new spatial constellations are constantly configuring. The space we exist in and which surrounds us, changes constantly and ceaselessly.

In Friederike Hamann’s intervention Constellation I and II geometric forms and patterns emerge from serial superimpositions of different materials like paper, color foils and metal plates which are filmed and photographed to be recursively projected against the wall. The projected structures are merging with color fields of additional materials. Step by step a complex, abstract constellation appears in which the original materiality of the depicted elements is pressed – much like a body print – into the skin of an image. With each repetition, every layer of this fold persists and becomes part of a depth, which is only legible at the surface of the picture plane.

The abstract patterns, colors and forms are bounced back as light into the space of the corridor and are reflected by mirrors on the opposite side. Constellation I and II constitute a horizontal light- and colorgate which counter-poses the stable and functional orderliness of neon lights, cable ducts and doors. The ever-repeating linear movements of bodies themselves are becoming a central moment of a dynamic constellation of light, reflection and spectator in which – in a peripheral glimpse – the contours of a space potential are fleetingly outlined.

The Mexican architect and landscape designer Luis Barragan (1902-1988) built his projects with light, color and volume and extended the reduced vocabulary of classic modernism with the notion of an ‘emotional architecture’. For Barragan, the sensual and the beautiful are providing the foundation for a modernist abstract form language. His architectonic color spaces are like dynamic images of time, which are shaped together with the gaze and the body of the spectator.

Friederike Hamann’s intallations influence and reflect the space in which they exist, and are determined by it at the same time; as if incidental, subtle reconfigurations of the space emerge. Something snags in the periphery of the gaze; a flare, defying the relativizing chill of neon, a shade, surreally bracing itself against the sun’s path; on the wall the colour smear of a seemingly prismatic refraction that isn’t fading but who’s contour instead intensifies over time; the ephemeral and the unseizable thereby confronting a construction’s resistance.
Like in a Japanese Haiku, Friederike Hamann’s works meticulously sense the concrete materiality of a space and condense it into new material. In this strict form of eduction, the modernist abstraction meets the metaphysic of a concrete and present moment. It seems as though the works are carried by the idea of the Haiku, that the whole is always enshrined in the slightest trace.

The early abstract animation films of New York filmmaker Harry E. Smith (1923-1991) follow a similar notion of genuineness. Early Abstraction No.7: Color Study originated 1952 as a documentation of a performance at the Guggenheim Museum during which Smith used several slide and film projectors simultaneously. In rhythmically interlaced and pulsating compositions of color fields, the film does not look for a purely aesthetic moment, but for a universal trans-historic truth inherent in forms beyond their content.

Unlike the works by mystical catholic Luis Barragan and spiritual esoteric Harry E. Smith, Friederike Hamann’s works dance at the surface of appearances. They throw themselves into a world, which seeks truthfulness in the concrete realm and not in a metaphysical otherworldliness. Her works rest in a barely noticeable variance of linear temporality, a frozen movement of space in the rhythm of light.

Within the frame of AAArchitecture, District, since 2011, co-produces and presents site-specific art projects which yield experimental perspectives at the intermediate zones between architecture, urban and social space, technology and art.